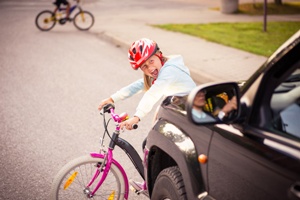 Children account for a large portion of pedestrian injuries and deaths nationwide. Although drivers have a heightened duty of care in school zones and in places where children may be present, drivers will often ignore traffic signals or fail to look for small children in crosswalks or driveways, causing accidents that are entirely preventable.

Locations Where Children Are Often Struck by Cars While Walking

Even if children are partly at fault for causing an accident, many courts do not assign the same level of responsibility to a child that they do to a driver. Children are often too inexperienced to judge a car’s speed and distance, do not fully understand the rules of the road, or not know how to make themselves readily seen by drivers. As a result, parents of children who have been struck by cars have the ability to bring a claim on behalf of the minor child.

Common factors involved in a child pedestrian accident include:

Child Pedestrian Accidents Require the Help of an Attorney

In some ways, a child injury case is similar to any other personal injury lawsuit. Parents will be required to establish that someone else was negligent and that the negligence directly resulted in harm to their child

Parents may need the help of an attorney when it comes to:

If you are struggling after a car accident, we can take over the fight on your behalf to get you the compensation you are owed. Simply fill out the short contact form on this page or request a free copy of our book, The 10 Worst Mistakes You Can Make With Your Tennessee Injury Case.