Why Drowsy Driving Is Still a Problem Among Truck Drivers 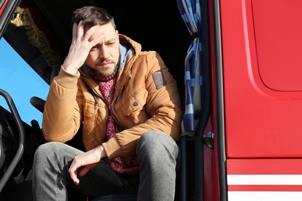 Drowsy driving is a leading cause of accidents in the U.S., resulting in thousands of injuries and hundreds of deaths every year. Unfortunately, the problem is even worse for long-haul truck drivers, who can lose control of their rigs if they doze off for even a few seconds while driving. Although the federal government has enacted hours of service laws that force truckers to take breaks and get a full night’s sleep between shifts, truck drivers are still at high risk of causing drowsy driving accidents.

Many people don’t realize just how much exhaustion can impact their ability to drive. Studies have shown that driving while overtired causes similar symptoms to driving while intoxicated, including slowed reaction times, impaired judgment, coordination problems, and distorted vision—and the longer a person has been awake, the more his ability to drive safely will suffer.

Truckers are overwhelmingly likely to drive while tired due to a number of factors, including:

If you have been injured by a drowsy trucker, the commercial carrier and the driver could be liable for your compensation as well as owe federal fines for breaking the law. Our attorneys can determine who is liable for your medical bills, lost income, permanent disability, or wrongful death in the family at no cost to you. Contact GriffithLaw today for a free evaluation of your case or order a free copy of our book, The 10 Worst Mistakes You Can Make With Your Tennessee Injury Case.