Are commercial truckers allowed to use cell phones while driving? 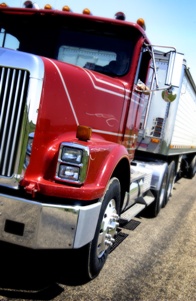 When a driver becomes too distracted to pay attention to the potential traffic risks around him, he greatly increases his odds of causing an accident. Cell phones are rapidly becoming the number one distraction for drivers. Unfortunately, the popularity of cell phone use isn’t restricted to sedan and mid-size car drivers. The most worrisome trend is that commercial truck drivers have begun to pick up their phones as well—making them more dangerous on the road—despite federal regulations prohibiting distracting behavior.

The Federal Motor Carrier Safety Administration (FMCSA) has recently published specific rules regarding commercial truck and transporters from using cell phones. These rules prohibit interstate truck drivers and drivers who transport hazardous materials from texting or using hand-held mobile devices while their vehicles are in motion. To prevent any confusion, the U.S. Department of Transportation has explicitly defined the words “texting” and “cell phone use” so that truckers can easily tell if they’re violating the rules:

In other words, truckers can only use mobile devices if the device is within close proximity, requires a single button push to activate communications, or is totally hands-free.

If caught, violators of these cell phone safety regulations can suffer severe penalties. In addition to legal consequences following an accident, if a commercial truck driver uses an electronic device against the FMCSA rules, he may suffer the following consequences:

Have you recently been the victim of a distracted truck driver? If so, you need help to build and strengthen your case. Contact truck accident lawyers directly to schedule your FREE consultation. We’re waiting to help you better understand and pursue your injury claim. Take it from us, knowing the driver was violating his safety protocols is not the same thing as being able to prove it. Allow us to take that burden from you. Simply click the contact info on this page and see how we can help you get the justice you deserve.