Experienced Accident Attorneys for Cyclists in Nashville and Tennessee 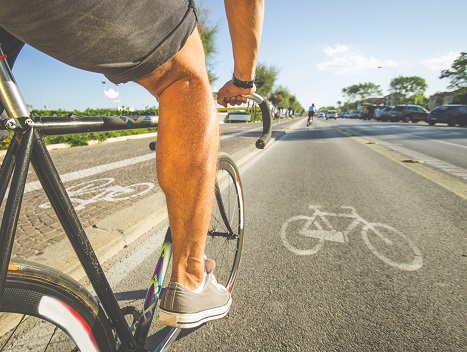 Cycling continues to grow in popularity in Nashville, Franklin, and many other Tennessee communities. Whether they’re commuters, casual riders, or training for competition, people on bikes are a common sight almost everywhere you go. However, although most cyclists make efforts to stay safe, Tennessee Bicycle Accident Statistics prove how dangerous it can be to get around on a bike.

According to nationwide data from the National Highway Traffic Safety Administration (NHTSA), 726 cyclists were killed in traffic accidents in 2012 alone, and approximately 49,000 were injured. In Davidson County, the Governor’s Highway Safety Office reports 81 injuries and one death in cycling accidents in 2012. While those numbers may seem shocking, it’s even more disturbing to think about the life-changing impact that those accidents can have on real people and families across the state—and that many of these accidents could have been prevented if the drivers had used reasonable care when sharing the road.

If you have been seriously hurt or have lost a loved one in a bike accident, it is important to investigate your legal rights. In many cases, cyclists who have been hurt by the choices of reckless or negligent drivers do have the right to recover financial compensation for what has happened to them. The experienced bike accident attorneys with our Nashville law firm can help you understand your legal rights, negotiate with the insurance company, and hold negligent drivers responsible.

There is a popular misconception that cyclists are reckless and don’t follow the rules, and some drivers even resent having to “share the road” with bikes. When an accident does happen, the cyclist is often blamed for the wreck—no matter what the truth of the matter really is. Unfortunately, this bias against cyclists can sometimes mean that they aren’t compensated fairly after an accident.

There are times when cyclists make mistakes or fail to follow traffic laws. However, all too often, motorists are to blame for bike accidents. Cyclists must be vigilant when they ride, but even the safest cyclists can’t predict when reckless drivers are headed their way. Many accidents in the Franklin and Nashville area happen because:

Because bicycles offer less protection than motor vehicles, cyclists often face serious injuries after traffic accidents. People on bikes aren’t protected by bumpers and shock absorbers, so the harm and destruction in these accidents are often higher than in accident between two motor vehicles. Accidents that might not be a big deal in a car can mean very serious injuries for cyclists, including common injuries like:

However, if you were injured in a bicycle crash through no fault of your own, you shouldn’t have to pay the costs because a driver didn’t share the road. Was the driver who hit you underinsured or not insured at all? Having Uninsured Motorist Coverage on an auto policy can protect you as a cyclists which is critical to have in the event the person who hit you is not properly insured.

You followed the rules of the road, but another driver did not. You got hurt as a result. What happens next? You should be aware that, by filing a personal injury claim, cyclists in Tennessee may be able to recover compensation for:

However, this can be very difficult to do on your own. Insurance companies will try to minimize claims or even turn the blame around on the victim, but the tricks and traps can be hard to spot if you don’t have experience negotiating these kinds of claims. This is why it is so important to remain vigilant about protecting your rights, even when drivers or insurance companies seem to be taking your injuries seriously. If you have concerns, here are some basic steps you can take in the aftermath to protect yourself:

For more information about what to do after an accident and how to protect your rights, you can request a free copy of our informative book, The 10 Worst Mistakes You Can Make with Your Tennessee Injury Case—Bulletproof Your Claim Before the Insurance Adjuster Can Destroy It.

If your injuries aren’t very serious, you may not be interested in the time and hassle of pursuing a claim. However, if you were very seriously hurt or suffered complicated losses, it is crucial that you speak with a lawyer who can clearly explain your rights in Tennessee and what your options are if you decide to move forward. By taking advantage of a free case review with our experienced attorneys, you can get the information you need to make the best decisions in your case.

From making sure you’re treated fairly by the insurance company to getting the medical care you need, the bicycle accident lawyers at GriffithLaw want to help. Contact our Franklin injury law office today at 615-807-7900 or complete our contact form for a prompt response from our team.​