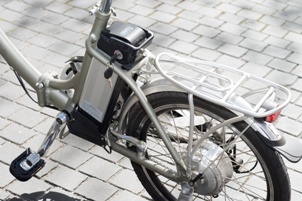 Electric bicycles, commonly called e-bikes or booster bikes, are quickly gaining popularity in Tennessee. In fact, Tennessee is one of the few states that has created specific regulations for the operation of electric bicycles, helping riders to understand the limitations and risks of each type of power-assisted bike. However, state statutes also allow bike crash victims to be held partially liable in a crash, so it is important to understand the regulations surrounding these bikes before you ride.

The Different Classifications of Electric Bicycles in Tennessee

Under state law, an electric bicycle is a two- or three-wheeled vehicle that is equipped with pedals and an electric motor for human propulsion. The bicycle must have a motor of less than 750 watts and its wheels must be 20 inches or more in diameter. As of January 1, 2017, all new electric bicycles must come with a prominent label with the motor wattage, top assisted speed, and classification number of the electric bicycle.

E-bikes may fall under one of three classifications, including:

Just as with manual bicycles, riders do not need a license, title, or registration to operate an electric bicycle in Tennessee. However, the ability to ride at much higher speeds can increase the risks of an accident, especially if the rider is unaware of the proper riding techniques. A bicyclist who shares responsibility for a crash may suffer reduced damages—or receive no compensation at all—under the state’s modified comparative negligence laws, so it is vital that he or she rides within the bounds of the law.

Factors that can complicate an e-bike accident case include:

At GriffithLaw, we want to make it as easy as possible for injury victims to get answers to their questions. That is why we provide no-cost injury consultations and take cases on a contingency-fee basis, so our legal fees are paid with a portion of the settlement we secure for you. To learn more about your rights, simply fill out the short contact form on this page or request a free copy of our book, The 10 Worst Mistakes You Can Make With Your Tennessee Injury Case.