Can I recover compensation if I am partially at fault for an accident?

When it comes to car accidents, states handle liability differently. Some states have “no-fault” policies. If you’re involved in a collision in a no-fault state, your personal automotive insurance should cover the resulting damages, both physical injuries and property damage. Other states, Tennessee included, are “fault states.” Fault states rely on the liable party’s insurance to pay for damages sustained to all parties.

These laws are pretty straightforward when the liability of a collision is obvious. However, the problem arises when partial fault comes into play. Who’s responsible for damages if both parties contributed to the accident? 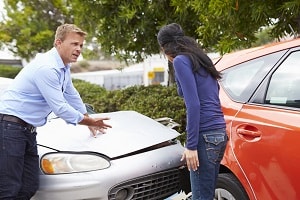 The modified comparative negligence system allows a person to be up to 50 percent liable and still receive partial damages from the other party. However, further stipulations include:

Under this system, then, you can recover damages even if you contributed in some way to the accident, but only if you are assigned less than half of the blame for the crash. Deciding upon the percentage of blame becomes a key factor in a car accident case. You will need to gather evidence to prove that you were less than 50 percent at fault. An experienced car accident attorney can assist you in this process.

Get a Free Evaluation of Your Case Now!

Does this information answer your questions? Connect with us on Facebook and let us know. For a more thorough discussion on your options for injury recovery following a collision, contact us directly at (615) 807-7900. We’ll be happy to discuss your case in more personal detail and recommend the best options for pursuing a claim.