In a former life, I was a claims adjuster.  After that unpleasant experience, I vowed that I would NEVER represent an insurance company again.   For the past 14 years, I have kept that promise. 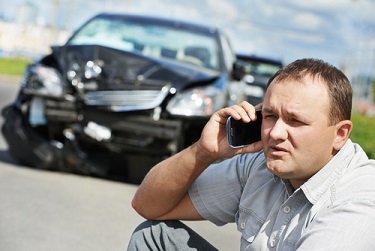 I only represent people who have been hurt in car wrecks and are fighting against insurance companies.   What most of you may not understand is that neither the people I represent nor I am looking to sue anyone.  Before hiring me, my clients are given the choice of either letting the insurance company totally rip them off, or doing something about it to make them do the right thing.

But if you are on the other side of me, i.e., the person who was negligent, I am here to give you some help.  You need to know that you are simply a pawn to the insurance company that represents you.   You are at a disadvantage to what you do not yet know.

I am going to give you 5 things you need to know to help yourself in this process.

The only way to bring and file a lawsuit is to file the lawsuit against you (the individual that caused the wreck) directly.   Is that the way I wish it was? No.  I’d love to directly sue Allstate, Direct, Travelers, or State Farm directly, but the rules do not allow that.   My fellow trial lawyers and I have tried to legislatively change that rule, but amazingly, the insurance companies like the rules just the way they are and fight us with all of their vast, unlimited resources.

2- You will have a lawyer appointed to you by the insurance company, and he WILL have a conflict of interest with YOU.

Now, here you are, thinking that this insurance defense lawyer hired for you is looking out for you as numero uno, but guess what?  You are likely in 2nd place behind his desire to keep the referring insurance company happy.

How can that bite you?  Let’s say you hurt someone and you have an insurance policy with Tennessee Farm Bureau Insurance Company.  Farm Bureau and their attorneys don’t want to pay very much on the claim you have caused, and they offer to the plaintiff something below your full insurance policy limits.  If this offer is not fair (and it likely is not even close) and if you go to trial, you may face a judgment in excess of the policy limits covering you for liability claims.  If the plaintiff offered to settle your case for the policy limits, and your insurance defense lawyer refused, that insurance company is not representing you in good faith.  They are not honoring their promise to pay your claims that was implied when you paid them all of those premium dollars.  In cases like that, the insurance defense lawyer and the insurance adjuster tried to save the insurance company money at your expense.  Because of that, you now owe money for their stinginess.

They gambled with your money and lost.  Now you owe.

3- The chances of you EVER having to pay a penny out of your pocket are extremely unlikely.

Unless the situation above occurred where the insurance company never offered your full limits of insurance benefits to the plaintiff that you hurt, there is very little worry that you will have to pay an excess verdict.  While there is that chance, it is very low.  In my career of handling over 3000 cases just like yours, I have only had one defendant pay a judgment that was not covered by insurance.  Just one.

4- The insurance lawyer may bully you and have you change your story.

If you are clearly at fault for rear-ending someone, and you tell the officer at the scene that you are at fault, the insurance defense attorney will still most likely deny fault in the answer to the complaint.  They are doing everything they can to protect the insurance company and risking your assets in the process.

Can you imagine, sitting on a jury when a person who is clearly at fault for rear-ending someone is trying to convince you they are zero at fault?  And they are parroting what their insurance defense lawyer is telling them to say.

I have seen it in my own cases.   I can tell you it doesn’t work well for the people in your shoes.  It ticks a jury off, and it doesn’t work.  You need to seriously consider asking for another defense lawyer if they try and pull this trick against you.   You have that right under your insurance contract.   You are the boss of your own case.  Remember that.

This is highlighted in a wreck that I was personally involved in.  I had rear-ended someone while not paying attention.  I was at fault.  I got out of my car, and I apologized to the gentleman that I just hit.  I told him I was 100% at fault.  I told him that he would likely be sore and to not hesitate to go to the doctor if he needed to get checked out.  I told the police officer I was 100% at fault.  I called the fellow the next day to check on him.  He did indeed go to the doctor.  We stayed in contact for several months and I followed his care.  I saw him out at a restaurant and I paid his tab with his waiter before I left.  He told me that my insurance company was not easy to deal with and the adjuster was an ass.  I then called my own insurance company adjuster and told him to treat this man right.  The adjuster gave me some lines about it was “only soft tissue” and the impact was “very minor”.   I told them that was not true, and that I pushed this man forward about 10 feet.  I told them to take care of him and stop giving him the runaround.  Shortly after this, they dropped me from future insurance coverage.  Good riddance.

About a month later, the man was still getting the runaround, so I asked him to sue me.   Can you imagine that?  I did.

After I was served, I was appointed an insurance defense lawyer, who I am well acquainted with and have much respect for.  However, he did what every defense lawyer does, and told me that he was not going to admit fault in the answer, and was going to try to put some of the blame on the person I had hit.  I told him in no uncertain terms, “NO!”.    He complained but I told him that as the insurance company’s insured, I am the boss, and it is my butt on the line and to do what I say.  He did.

I also sent my insurance company a letter saying that I wanted this lawsuit paid for and dismissed, and to pay whatever it took to get it settled, even if it meant “overpaying”. I wanted them to do their job, and protect my ass(ets).

After going up a few levels of management, they ultimately did and the lawsuit was quickly dismissed.

Why do you have to be a lawyer and threaten these insurance companies to get them to do their job?

5- The Insurance company and their lawyer will keep the amount of coverage you have a secret.

And if getting your case settled and dismissed means paying every bit of your insurance policy that you have already paid for, then so be it.   Why do you care?  Your insurance company has already charged you with an at-fault accident.  They have already decided to raise your rates, or drop you from future coverage.  You don’t get any extra points, goodwill,  or discount if they settle your case for $10,000 or $100,000, or whatever your policy limits are from this point forward.  After all, you paid for 100% of your premium, right?  They owe up to 100% of your limits.  Don’t be afraid to DEMAND they pay YOUR full limits.

It is hard to not be offended when you have been sued.  I’ve been there.  Try to stay calm and not be.  You are not going to jail.  Other than your initial negligence, the cause of filing this suit is outside of your fault and control.   Since you left the scene of the wreck, your insurance company has been calling the shots.  They have likely gotten you in a storm that is not of your own making.  Adjusters have been rude and insulted my clients, not offered to pay a penny of the medical bills, shorted them on the lost wages, made promises to pay and failed, and refused to keep their word.  It happens every single week.  (See my article: I’m Not the Type to Sue, BUT…..”)

So, what steps do you need to take now that you have been sued:

If you have any questions after you have been hurt in Tennessee, give me a call.  I ALWAYS represent people against insurance companies, but I do like sharing this advice if you do not yet have an attorney and you have hurt someone else.