What You Need To Know About Drunk Driving Injury Claims 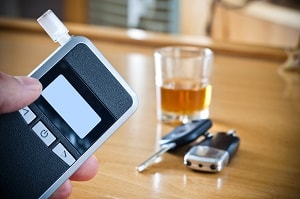 According to the latest statistics, drunk driving remains a major problem across the United States. Recent studies from Mothers Against Drunk Driving, the National Highway Traffic Safety Administration, and others reveal the following:

These frightening statistics mean that if you are injured in a car crash that was not your fault, there is a good chance the other driver may have been impaired by alcohol.

Effects of Alcohol on Driving Skills

Drivers can begin to show affected judgment after one or two drinks—which, depending on the size of the drinker, could be well below the legal limit. However, once judgment becomes affected, it doesn’t take long for focus, motor skills, and concentration to become impaired as well, resulting in:

Again, these effects can present themselves at different times, at different concentrations, and at different levels from person to person. However, with every drink, a driver increases his risk of impairment and your risk for suffering catastrophic injuries in a collision.

Protecting Yourself and Your Family From the Danger of Drunk Drivers

When another driver makes the choice to drive while under the influence of alcohol, he endangers everyone else on the road. However, you can take steps to protect yourself and family from the threat of a drunk driving accident.

One way is to pay attention to how the cars around you are behaving. Does a car keep swerving? Does it keep braking for no reason? Does it slow down then speed up? When you see reckless behavior or feel uncomfortable around a driver, back off and give him some room. Although he may be completely sober, you don’t need to take the chance that he is impaired and incapable of using sound judgement behind the wheel.

Another precautionary step is to take a few moments to put contact information for an experienced car accident attorney into your phone. In the event that a drunk driver harms you or a loved one, help will only be a few clicks away. With over a decade's worth of experience helping victims like you fight for their rights, GriffithLaw has the knowledge, resources, and passion to fight for you. In addition to pursuing damages from the negligent driver, you may also be able to pursue claims against the business who served him the alcohol and allowed him to get behind the wheel.

Don’t allow someone else’s poor decision to affect your family’s future. You have options—especially when help is only a phone call away.

Need more information on how to pursue a personal injury claim? Fill out the convenient contact form on this page and we’ll get back to you as soon as possible to schedule your FREE one-on-one consultation with attorney John Griffith. In the meantime, feel free to download your own complimentary copy of our free Tennessee personal injury case guide, “The 10 Worst Mistakes You Can Make With Your Tennessee Injury Case,” for additional guidance.