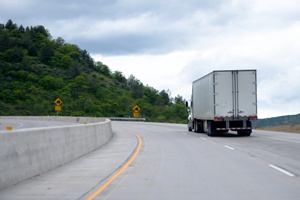 Anyone who has taken a drivers’ education course has probably heard the term “no-zones.” The term was developed to educate drivers about the long and dangerous blind spots surrounding 18-wheeler trucks—blind spots which host hundreds of thousands of automobile accidents every year.

Why Do No-Zone Truck Accidents Happen?

Many drivers are aware of the dangers of blind spots in their own vehicles, and routinely turn their heads to check for vehicles that cannot be seen in their mirrors. Unfortunately, the blind spots on a commercial truck can be several yards long, allowing smaller vehicles to disappear from the trucker’s view.

There are four major areas around an 18-wheeler that are considered no-zones, including:

Who Is at Fault for a No-Zone Accident?

All drivers are expected to check their blind spots, and that includes truck drivers. A trucker who makes a turn, changes speeds, changes lanes, or merges into traffic without ensuring that there are no obstacles in the way may be held liable for any injuries he causes.

There are also other considerations when it comes to determining fault in a truck crash case. A commercial carrier that fails to equip trucks with running lights and reflective tape to make the sides of the trailer more noticeable at night can be held liable for increasing crash risks. If the trailer was loaded beyond capacity, a victim’s injuries could be much more severe, making the loading company potentially liable.

Truckers and drivers both share a portion of responsibility for avoiding no-zone accidents. However, these accidents overwhelmingly cause severe injuries for the drivers of smaller cars, especially if the trailer is fully-loaded. Common outcomes in truck accidents include:

If you have been injured in a truck accident, we can listen to your story and explain to you how much your claim may be worth. Contact GriffithLaw today for a free evaluation of your case, or order a free copy of our book, The 10 Worst Mistakes You Can Make With Your Tennessee Injury Case.