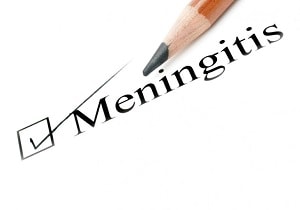 Up to 937 people may have been exposed to non-contagious meningitis through supposedly sterile epidural steroid injections. These injections are performed with the purpose of relieving back pain through the use of injection of steroids to the site of pain. This is usually done at an out-patient type facility under sterile conditions. It is believed that the contamination stems directly from the manufacturer of the solutions used in the injection, although contamination at the hospital has not yet been ruled out.

Non-contagious meningitis struck 14 patients — all but one in Tennessee — who received steroid injections, leaving two dead, according to health officials investigating the outbreak. Thirteen of the victims — in their late 40s to their early 80s — received injections at a Nashville medical facility.

All of the infected patients received lumbar epidural steroid injections at the Saint Thomas Outpatient Neurosurgery Center between July 30, 2012 and September 20, 2012. All 737 patients who received the injections during this period have allegedly been contacted by the facility. The Center has now been voluntarily closed. It appears that two other health care facilities received the steroid solution from the same manufacturer. Two patients from the Specialty Surgery Center in Crossville, Tennessee have contracted fungal meningitis, according to a recent report of the Tennessee Department of Health. The facility has stopped performing lumbar steroid injections but has not been closed. Earlier news reports indicated that the outbreak was limited to three facilities in Tennessee, with the Saint Thomas Outpatient Neurosurgery Center identified as first facility, Specialty Surgery Center in Crossville is the second, and the third facility has not been identified.

Two patients from Saint Thomas have died because of the infection

Meningitis is a general term for an infection or inflammatory process involving the lining of the brain and central nervous system. Spinal Meningitis is a infection of the membrane that surrounds the brain and spinal court. Media reports indicate that Aspergillus, a mold commonly found outdoors, is the infectious organism impacting the Saint Thomas patients. This type of meningitis is not spread by person-to-person contact.

The steroid manufacturer, who has not been identified, has pulled the product from the market.

The maker of the steroid solution that was used at Saint Thomas Outpatient Neurosurgery Center has voluntarily recalled the product. However, the Tennessean reports that there has been no definitive link between the steroid solution and the fungal meningitis infections that have injured nine people and killed two. The company that manufactured the solution has not yet been voluntarily released, but we are investigating and will uncover that information shortly.

If you know of anyone that has received epidural steroid injections since July 30, 2012, please contact your doctor to inquire if you or your loved ones may have been infected. Early intervention can possibly lessen the harm from this contamination. Common symptoms include headaches, fever, numbness or slurred speech.

If you, or someone you care about has been contaminated, please call GriffithLaw immediately.