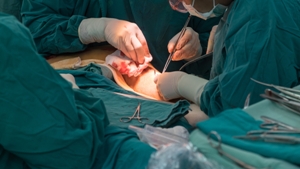 Federal agencies have warned that patients who have recently undergone open-heart surgery could be at risk for a fatal infection due to flawed medical equipment. Over 60 percent of open-heart procedures use the defective Stöckert 3T heater-cooler device in surgeries, and Tennessee’s own Vanderbilt University Medical Center has sent letters to at least 400 patients, warning them of their possible exposure to a fatal hospital-acquired infection.

In 2015, the U.S. Food and Drug Administration (FDA) issued a warning letter about the Stöckert 3T, also known as the Sorin 3T, saying it had received reports of severe infections after surgery. In October 2016, both the FDA and the Centers for Disease Control and Prevention (CDC) issued warnings to both patients and hospitals, confirming that the device had been linked to Mycobacterium chimaera (M. chimaera) infections in Iowa and Pennsylvania. Hospitals have been urged to alert any patients who had open-heart surgical procedures between January 2012 and November 2016 about the risk of infection.

How Does the Stöckert 3T Heater-Cooler Cause Infections?

The Stöckert 3T heater-cooler system is made by LivaNova PLC, formerly known as Sorin Group Deutschland. It regulates a patient’s body temperature during surgeries that stop the heart from beating and blood from flowing during procedures. The device circulates a controlled circuit of water to maintain the temperature of the patient’s body, bypass machines, oxygenators, and other surgical equipment. It is thought that the devices were originally contaminated in the factory in Germany where they were manufactured. The bacteria lived and grew in the water tanks, which then spread through the air into the sterile surgical room, potentially inhabiting surgical tools, implants, and the patient’s body cavity.

M. chimaera is a species of nontuberculous mycobacterium (NTM) that is commonly found in soil and water. Normal environmental exposure to M. chimaera rarely poses a health risk to people with healthy immune systems, but can be fatal to patients who have been exposed to the bacteria during surgery. As a result, people who have undergone open-heart surgery should be aware of the conditions:

If you have suffered complications due to a recent cardiopulmonary bypass surgery, contact our office today to speak with attorney John L. Griffith about how to begin your claim. We can investigate whether the Stöckert or Sorin 3T device was used in your procedure, and can tell you the next steps to take to get you justice and compensation for your losses.

by John Griffith
Connect with me
Nashville Personal Injury Trial Attorney
2 Comments
Cedar Valley, we appreciate you! We are glad you like the blogs.
by GriffithLaw October 16, 2020 at 10:21 AM
thanks for the blogs
by cedarvalley August 31, 2020 at 06:14 AM
Post a Comment