Hit by a Driver of a Rental Truck in Tennessee? You Better Have Uninsured Motorist Coverage! 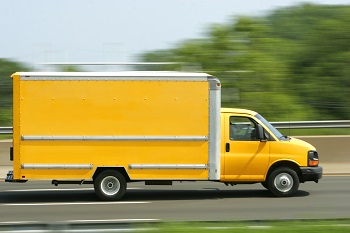 If you were injured in a crash caused by a rental vehicle owned by a large company like Enterprise, Penske or U-Haul you might think you’d be covered.  You’d be wrong.

In 2005 Congress passed 49 U.S.C. § 30106(c) known as the Graves Amendment.  Under this federal statute, rental companies are not responsible for their renters who cause wrecks in their trucks.  There are exceptions to this general rule.  For example, if the rental company rents a car to someone who is intoxicated and then causes a wreck, then they may be held responsible.

Tennessee drivers are required to have liability insurance coverage or be certified as self-insured.  Tenn. Code Ann. § 55-12-101 et seq. (Tennessee Financial Responsibility statutes).  Unfortunately, many people on our roads right now carry no insurance.  If you get hurt by an uninsured driver in a rental car then you likely can’t recover damages from the driver, and you are barred from recovering damages from the multi-million dollar corporation that owns the rental.  So, what do you do?

Uninsured Motorist Coverage Can Protect You From Uninsured Rental Vehicles

Hopefully, you carry uninsured motorist coverage on your own personal car.  If you don’t, you should, and you should have at least a policy that carriers $250/500 in coverage. A 2016 Tennessee Supreme Court ruling held that rental vehicles are considered in certain circumstances as uninsured motor vehicles.  Martin v. Powers, 505 S.W.3d 512 (Tenn. 2016).  This is true even if the rental company is otherwise insured or self-insured.  According to the Martin ruling, the Graves Amendment exempts rental car companies from vicarious liability for the negligence of its rental drivers which means they have no risk to insure against.