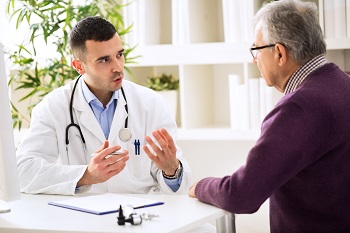 If you have been hurt in a car wreck, you may think the logical thing to do is to follow up with your primary care physician.  After all, after you were released from the Emergency Room you were given a sheet of paper that advised you to follow up with a “doctor” if your pain continued or worsened over the next several days.  As injuries like yours so often do, the pain worsens and progresses to different areas of your body you didn’t know were hurt when you first went to the ER.

You decide after 2-3 days of putting up with increasing pain to go to your primary care doctor.  She sees you and tells you that your pain is likely “just muscle soreness” or “whiplash” and gives you some muscle relaxers and tells you to “come back in 30 days if you are not feeling better.”

This is terrible advice!

This article is not meant to be an attack on Primary Care Doctors.  They do great jobs for their patients.  However, traumatic injuries are not their main area of expertise.  I see most of them do the same mistakes over and over which hurts their client recover in the long run.  A car mechanic is not the person you want working on the airplane you are boarding going on your next flight.   Get the right doctor for the right problem.    I have several friends who are primary care physicians, and they are very competent and capable doctors… BUT … they really don’t ever deal with auto liability insurance adjusters, and they don’t know the tricks the adjusters use against good people like you.  These guys seldom get deposed and they are not aware of the pitfalls created by the bad advice they are giving you.

Here are the 3 main mistakes they give patients like YOU:

If you are having pain and a doctor tells you to not treat with anyone and to give it 4-8 weeks to get heal on its own….your doctor has just significantly hurt your case.  The adjuster will crucify you for it later.  Here is how:

If you take the PCP’s advice and don’t treat for 4-6 weeks, and then you go back after you have given it a valiant effort to try and tough it out, here is how the adjuster’s mind works ( and I can tell you I know this, as in a former life I was trained to be an insurance adjuster).  You later let the adjuster know that you are treating but you have a gap in time of 6 weeks or so.  There is no medical documentation for a 6-week period of time.  When you do go back to your PCP, you tell the doctor you are still hurting, however now your pain has become worse and it has moved from the right side of your upper back and spread from there to now both sides of your neck.

Although they won’t come out and admit this and be forthright about it, the adjuster’s job is to find any way to put the cause of your pain on some other cause, even an unknown cause.  They do this with their false rule  that “If it is not in a doctor’s note, it never happened.”   If you have a 6-week time period with no treatment, the adjuster’s first thought of seeing your pain worsen is … “I wonder if they have been involved in a new wreck/fall/trauma/heck, even a sneeze, and that has made their pain worse, and now they are trying to get me to pay for those (unrelated) medical bills!”

Orthopedic doctors, neurologists, and chiropractors commonly treat people injured in car wrecks.  They don’t let their clients sit at home doing nothing for 6 weeks just hoping they wake up and are somehow magically better.  No… they KNOW that physical therapy helps, and they get them in for consistent treatment and physical therapy right away.   No delays.  And no 6-week gaps.

If your primary care doctor is telling you or someone in your family to simply “give it time”, you can take that risk, but you need to know that the car/trucking insurance adjusters just love this advice and they hope you follow it and do absolutely nothing treatment wise for 6 weeks.  If you are having pain, you need to be consistently going to the doctor/physical therapy until your pain is gone.   If your doctor won’t see you, and won’t send you immediate physical therapy immediately, then you need to change doctors.

I always ask my people how they are doing when I call them to check in with them.  If they say anything other than “I am 100% better” then I am asking the next question of “Okay, when is your next doctor’s appointment?”   You can have chronic pain and not need a surgery.  You can still have a permanent injury that you will experience pain from for the rest of your life.  If it is not documented, then it never happened, according to the insurance adjuster.   Make sure you tell your doctor everything that is bothering you from your head down to your toes.  If you are having numbness or tingling down either arm or either leg, make sure to note same to your doctor.  This can be the sign of a herniated disc and can be a significant problem for you in the future.

2) Failing to Document All Your Injuries

I have reviewed countless medical records where the PCP will deal with the worst complaint of a patient and sweep the minor ones under the rug.  The problem comes when the PCP fails to even document the minor problems that inevitably turn out to be major problems down the road.

If you have knee pain but your doctor doesn’t mention it for the first 30 days and only deals with your neck pain, that is a big problem for you.  The adjuster will look at the timeline of your medical reports of knee pain and see that they first were documented for the first time 30 days post-wreck.  The adjuster will then fantasize that you hurt your knee falling down a staircase or some other wishful non-wreck related cause, since there is absolutely no mention of your knee hurting at all until approximately 30 days post wreck.  The adjusters think that is too long a gap.   Well, you can tell them that it began hurting 3 days or so after the wreck, but they will not believe you.  You are wasting your breath.  You just violated one of the Insurance Adjuster’s golden rules:  If it is not documented in a doctor’s note, then it never happened. I have had adjuster’s tell me: “If a claimant is saying it (without a doctor saying it), they are lying!”   Don’t get caught in this trap.  Go to your doctor. Tell them every single injury there is from your head down to your toes.

I consistently see head injuries resulting in traumatic brain injuries being improperly treated by PCP doctors, with failure to send out for proper testing, or any neurological treatment.  These injuries need to be properly diagnosed earlier rather than later.  Time is your enemy.  If you are having light sensitivity, ears ringing, foggy thinking, or extreme fatigue following a head injury, you need to be seeing a neurologist.

3) Depositions: Unfamiliar Territory for the PCP

A third reason that you don’t want to have your PCP as the main person in charge of your care is because when (not if) the insurance company lowballs you with an incredibly insulting offer of settlement, one of the next steps you or your attorney will need to take is to take a deposition of your medical doctor(s).  This is a big deal.

When I take doctor’s depositions, the deposition consists of your medical proof at trial.  You only get one shot at doing this, so you better get ready, and do it correctly.  Doctors are immune from subpoena which means you cannot force them to come to court (unless they voluntarily agree).   You must get their testimony beforehand in a deposition.  Very few primary care doctors have ever given a deposition in a car wreck case.  Orthopedic doctors and chiropractors do this regularly.  Your doctor can make or break your case.  Also, there are certain legal/medical terms that the doctor needs to know exactly what they mean, and this can be confusing.  For example, doctors must testify within a reasonable degree of medical certainty.  However, medical certainty only means that some opinion the doctor has is “more likely true than not true”; a simple probability.  But if a doctor is not familiar with this term, he/she may not give you the proper proof you are entitled to because they become confused with the terms of art in this arena.

If you have treated with your PCP that is certainly fine.  You would be wise to get to another doctor who is familiar and specializes in treating trauma related injuries.

One last note… If you are treating with an orthopedist, neurologist, or chiropractor following your car wreck, and you happen to go see your PCP for some non-wreck related reason (i.e. for medicine refills, colds, warts, flu… whatever), you DO need to mention to your PCP that you are having neck pain/back pain, or whatever injuries you are treating for which you received in your car wreck. If you don’t, I have had insurance defense lawyers try to use it against you, saying that you never mentioned your car wreck injuries to your PCP so therefore your pain from those injuries must have gotten totally better, or at least it did on the day that you went to see your PCP.  Don’t let them put you in this trap.  If you do go to your PCP mid-treatment for other unrelated issues, tell them about your car wreck related neck or back pain (or whatever you hurt in the wreck) and make sure it gets documented by your PCP.

by John Griffith
Connect with me
Nashville Personal Injury Trial Attorney
2 Comments
I have comment: My PCP totally turned my case inside out. He was asked for a MRI and spine specialist; he became defensive and not see me any more. But after MRI came by with damage to spine; he ordered specialist and neurologist for second opinion. But he had already written I was healed to insurance adjuster and suggested my attorney and I were lying 🤥 about injuries received in head on collision that totaled both vehicles. I am totally SHOCKED. Now my case has lost steam s was nd I have been continually going to PT for a yesr
by Sharon Hopkins August 6, 2020 at 08:49 AM
Thanks so much for this common sense advice! I worked for insurance defense lawyers and you are 100% correctamundo! I've also worked for doctors, in both a general practice and an orthopedic practice. And I can attest to your observations on that end as well. I'll save this article so I can show it to friends.
by Sondra London April 17, 2018 at 12:39 PM
Post a Comment