Time is Your Enemy After A Franklin Car-Truck Wreck: Disappearing Body Cam Video

You’ve just been in a crash and the other side claims you may be “partially” at fault.  The claims adjuster for the other guy who hit you says they have not yet made a decision on who is at fault yet because they have not “completed their investigation.”   The adjuster tells you they have to interview witnesses and send the case to “committee” before they will accept fault.    You know that is all just a bunch of bunk.  Or do you?

So you give them some time.  You keep on treating as you should.  You (hopefully) have at least already downloaded my free book, The 10 Worst Mistakes You Can Make With Your Tennessee Injury Case: How to Bulletproof you Claim Before the Insurance Adjuster Can Destroy It (TnAccidentBook.com),  and you are following that advice. You are thinking in the back of your mind that you may need a lawyer to help you with this situation, but you remind yourself that you “are not the type of person who sues someone at the drop of a hat” so you decide to hold off.

Are you making the right decision?  There is a lot that hangs in the balance.

One of the key advancements in technology over the last 10 years is police body cam video.  Several of my police officer friends tell me they have much video that would be incriminating to parties, but hardly anyone ever obtains the video, even by attorneys in disputed crash cases.   What’s worse, the policy of the Franklin Police Department is that video and dash cam footage will “ROLL OFF” or DISAPPEAR AFTER 90 DAYS FOLLOWING YOUR WRECK!

You cannot afford to let that happen.  Here’s why: 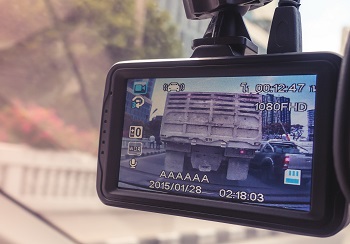 Just in the last 3 months, we have taken in two cases where we obtained both Dash cam and Body Cam video from the investigating officer.  From that, we were able to identify a witness in a disputed red light claim (where the defendant either lied about having a green light, or was severely mistaken) where the officer failed to put that witness’ name down on the police report.   In another case, the defendant stated she was “not sure” if she had the green light at the scene, but later told her insurance adjuster that she was “certain” she did have the green light, and therefore improperly blamed our client 100%.

And you need the video, not just in “disputed” fault cases.   We use the video to show how badly our clients are injured.  We have used body cam to show the insurance company our client’s predicament and pain as she was stuck in the car, legs pinned, screaming in pain, and yelling for someone to take care of her children, who were crying hysterically in the back seat while she was helpless to comfort them or reassure them.   Also, in the past where our client’s have been hit by extremely drunk drivers, we have also used the body cam video to get proof the defendant could barely walk and was slurring his words; all of which helped us get a great settlement for our client.

But what did all of these people we helped have in common?  They came to us EARLY; very shortly after their wreck.    The GriffithLaw policy and procedures require that we ALWAYS order dash cam and body cam video from the investigating officer.  Sometimes we cannot get it because too much time has elapsed from after the wreck to when the person decides to hire us, so we can get the request out.   If you wait too late, this information is likely to disappear.

If you have a question about how to obtain this information, we will be glad to help you out.   The insurance companies just want you to be a number.  They don’t want your pain to have any significant value or be shown in real time.  They love to delay and let evidence disappear.   Most of our cases settle (over 98%) but some cases settle earlier, and for higher values, because our clients chose to come see me earlier rather than later when we can get this valuable and fragile evidence.   I counsel people every day to help them deal with their life situation.  Sometimes we just talk people through their situation, and are honest if we cannot bring them significant benefit.  If so, we do not charge them a penny.  I am in the business of make friends first before money.   My momma always taught me that if you do right by people, are honest with them, and do your very best, you will have more business than you can handle.    Momma was right.

Wishing you the BEST!