Five Secrets the Insurance Companies Don't Want You to Know 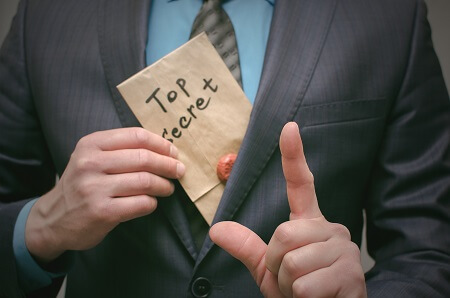 The adjuster rarely warns you that the comments or statements you provide in the recorded interview may produce the consequence of diminishing the value of your claim or outright denial of it.

Secret 2: Any Statement Given By You Will Very Likely Be Used Against You

"You have the right to remain silent. Anything you say can and will be used against you.” We have seen enough television shows that most of us can recite the Miranda warning given by police officers when a person is detained for a criminal offense. Although a personal injury claim is a civil action, the same principle applies. A claims adjuster is required to conduct an investigation and to make decisions that affect whether the insurance company will issue money or benefits. The adjuster will often insist that you answer a series of questions that pertain to the facts surrounding the accident, the extent of your injuries, and a history of prior claims or injuries. Many times the interview is recorded. The adjuster usually explains that the recorded statement is a necessary “hurdle” that must be jumped in order for the investigation of the claim to take place. The adjuster rarely warns you that the comments or statements you provide in the recorded interview may produce the consequence of diminishing the value of your claim or outright denial of it. Each case is uniquely different. Arm yourself with the knowledge that the recorded statement is for the insurer’s benefit. Be assured the conclusions the adjuster draws from the recorded statement will affect future payment or nonpayment of your claim.

Many cases are denied based on the adjuster’s discovery of the fact that the injured person had pre-existing pain or a pre-existing medical condition.

Secret 3: A Prior Injury or Medical Condition Will Likely Be Used Against You

In a personal injury negligence case in Tennessee, an injured person who is not at fault is entitled to receive money to compensate for pain and suffering. For example, one case might include an injured person who suffers an injury to the head in a car wreck. In this particular case, the injured person has a prior history of medical treatment for migraine headaches, which will create complications down the road since prior head problems existed. Keep in mind the claims adjuster is trained to ask about any prior injuries or medical treatment. Even though the injured person is not at fault for the car wreck, the existence of prior pain in the head will most often be highlighted and that prior ailment or pre-existing condition will often be relied upon as a reason to pay a substantially lesser amount than the case’s full value or to deny payment altogether. The adjuster’s interview always covers the question concerning prior injuries or prior medical conditions. Many cases are denied based on the adjuster’s discovery of the fact that the injured party had pre-existing pain or a pre-existing medical condition. These denials are oftentimes not based on solid medical evidence, but rather are excuses for the insurance companies not to pay. Here are some key questions you should consider before settling an automobile accident claim:​

Secret 4: A Quick Settlement Is Not Always The Best Settlement

Many times we receive calls from injured folks who ask us to tell them the value of their case after a brief discussion of the facts surrounding their claim. Each person’s injuries and the facts of an accident that led to the claim are unique and different. It is impossible for a lawyer to properly evaluate and to state in a single telephone call the “value” of a case. You already know the adjuster is trained to control the direction of the claim. You now know the adjuster is looking for statements from you that can affect your claim. You know the adjuster is working to discover and manipulate the existence of any prior medical conditions. There are still other factors to consider that are equally as important and often times may be more important than the above examples. We highly recommend that you have an answer for all of the questions on the previous page before even moving in the direction of settling. You could be saving yourself from the loss of a great deal of money if these questions are fully addressed.

Know that the medical records that document the severity of the injury will be used as a tool to assist with the determination of the claim’s value.

Secret 5: The Medical Treatment For Your Injury Will Be Closely Scrutinized By The Insurance Companies

From the moment you suffer an injury, the documentation process begins and every step you make or do not make is closely followed. Often times there is an accident report that lists the time, date, and place of the accident. Witnesses are identified. A narrative of the events causing the accident is documented. Medical treatment is rendered and records of the treatment are created. These medical records are valuable keys to the overall evaluation of the subject injury and thus the overall value of the injury claim. Three points will be considered by the insurance companies when evaluating your medical treatment: Failure to Treat Immediately Much like the accident report, the adjuster looks for medical records that document the time, date and place of the injury. The adjuster is also looking for medical documentation close in time to the injury. The rationale is simply this: an injured person seeks medical treatment close in time to the injury if the person is truly hurt or injured. Absence of medical documentation close in time to the accident supports their theory. Consistent History The medical records are generated by the treating physician and his or her nursing staff. Statements from the injured person given to the medical providers are recorded on the medical chart. The injuries reported at the initial visit with a medical provider serve as the framework of specific injuries that will be considered by the adjuster. For instance, if a shoulder injury is reported and treated at the initial medical appointment, a knee injury that is reported a month later will come under much more scrutiny and will likely be denied. Gaps in Treatment An accident occurs. Injuries are sustained. Medical treatment is provided at the emergency room and there is one follow-up appointment with the family physician. You decide to simply deal with the pain and discomfort, thinking (and hoping) it will just get better. Three months pass. The pain is still there. A return visit to the doctor results in a referral to an orthopedic doctor who now wants to conduct sophisticated and expensive medical tests. The three month gap in treatment will be a problem for the adjuster. Again, the rationale is that an injured person will seek medical treatment and will consistently continue to receive medical treatment if there is a true injury. The course of medical treatment will be discovered when all medical records are received and closely scrutinized. Know that the medical records that document the severity of the injury will be used as a tool to assist with the determination of the claim’s value.

Schedule a free consultation if you have any unanswered questions by calling (615) 807-7900​ or by filling out our contact form.