Study Says Teens Account for Half of All Pedestrian Crash Injuries 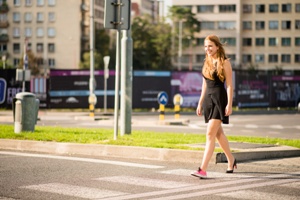 Thousands of children are seen in emergency rooms every year after they are struck by cars while walking. While young children may not realize the dangers involved in walking near or across the road, the largest demographic by far to be injured as pedestrian is teenagers. In this article, we explore why teens are at risk and what parents and families can do to keep their children safe as they travel on foot.

Why Are Teenagers Often Involved in Pedestrian Accidents?

Causes for these types of collisions may vary, but many of them are a result of:

While a driver and a pedestrian can both be partially at fault for an accident, the pedestrian is much more likely to be severely injured in the crash. If someone in your family was hurt while traveling on foot, we can help you get the compensation you deserve for your medical bills, lost income, and pain and suffering. Fill out the quick contact form on this page to have the attorneys at GriffithLaw explain your rights in your free case evaluation, or order a free copy of our book, The 10 Worst Mistakes You Can Make With Your Tennessee Injury Case.