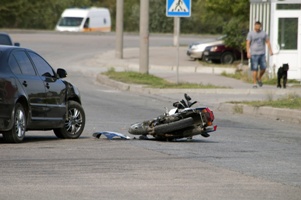 It is common for motorcycle riders to be scared, overwhelmed, and confused in the moments after a crash. As a result, many victims are not thinking clearly at the scene or in the days following the accident, causing them to make unfortunate errors that can affect the outcome of their claims. Our attorneys want to address some of the biggest mistakes motorcycle riders make so that victims can increase their chances of making a full and fair recovery.

The first mistake bikers may make is to leave the scene of an accident without calling the police. Leaving the scene not only makes motorists seem irresponsible, it also deprives them of the ability to use a police report as evidence in their claims. Even if you think the accident is minor, it is vital to have officers on the scene to investigate and document whether the driver was breaking any traffic laws or was otherwise negligent.

Other common mistakes bikers make include:

If you made a mistake at the scene of a motorcycle accident, it may still be possible to protect your right to recovery. Our experienced bike accident lawyers will fight to get you the maximum amount of compensation you deserve after a crash, and we do not collect anything from you until after your case is won. Simply fill out the short contact form on this page or request a free copy of our book, The 10 Worst Mistakes You Can Make With Your Tennessee Injury Case.