How To Avoid Traffic Accidents If You’re A Cyclist 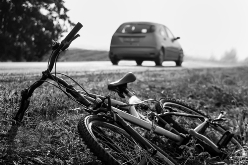 Cycling is a great way to get exercise and an eco-friendly way to travel. Tennessee, with its lush greenery and scenic routes, is the perfect place for cyclists. However, it can also be a dangerous pastime. According to the National Highway Traffic Safety Administration (NHTSA) in 2010, 618 cyclists were killed and an additional 52,000 were injured in motor vehicle traffic crashes throughout the United States. The number of cyclist killed in crashes involving automobiles increased by 16 percent between 2010 and 2012.

What makes cycling so dangerous is that bike riders are vulnerable to motorized vehicles because they have so little protection. Some of the most common bicycle accidents that occur include:

No two cycling accidents are the same, and not all of them involve motorists. As well as collisions with other vehicles, bike accidents may also be caused by dangerous roadways or pathways or a manufacturing defect in the bicycle.

How to Avoid Bicycle Traffic Accidents

You can minimize your risk of being injured in a bicycle traffic accident by taking the following measures:

In the state of Tennessee, cyclists have the same rights on the road as drivers of motor vehicles. The Volunteer State also has a modified comparative fault system. This means if you have been injured in a bicycle collision, you can still recover damages as long as your fault remains less than the other party involved. In this case, the damages you are awarded will be reduced by a percentage equivalent to your negligence.

If you or a love one suffered injuries in a Tennessee bicycle accident due to a driver’s negligence or recklessness, it’s important that you discuss the incident with an Nashville bicycle accident lawyer right way. At GriffithLaw, our expert team can answer all our questions and address your concerns. Visit our website today for a free online chat, or call our Nashville law office today at (615) 807-7900. You can also request a copy of our free book, The 10 Worst Mistakes You Can Make with Your Tennessee Injury Case.