Who can be held liable in a bicycle accident? 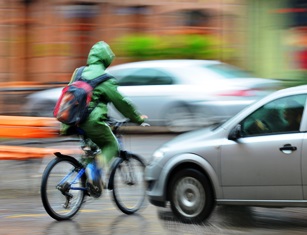 While the majority of bicycle accidents are caused by drivers of passenger vehicles, there can be many parties who played a role in causing the crash. The individual who can be held liable for the crash—and therefore, the costs of any injuries or property damage associated with the crash—is the person who's found to be guilty of negligence.

Parties That May Be Held Liable After a Bicycle Accident

Since bicycles don't offer any of the same safety features that cars have to protect individuals from injury, the costs of a crash can be significant. As a result, bikers have to carefully examine the circumstances of the accident in order to determine which entity is liable for the full cost of the damages.

The most common types of negligence in bicycle accident cases include:

If you or someone you love has suffered a bicycle accident injury, our Tennessee attorneys can help you get the compensation you deserve. Fill out our online contact form today to schedule a free, no-obligation consultation with our legal team.