Have You Been Cheated Out of Rebates by Pilot Flying J? 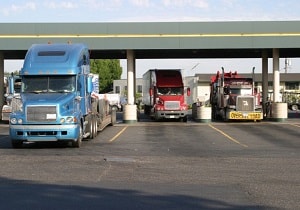 The investigation into the accounting schemes of Pilot Flying J began on approximately May 4, 2011, when an employee of Pilot Flying J contacted the FBI, alleging that “certain Pilot employees had been intentionally defrauding some of Pilot’s Customers by deliberately charging these Customers a higher price than the contractually agreed upon price, and then concealing the fact and nature of this increased price from these victimized customers.” (excerpts from filed FBI affidavits).

What makes this case extremely disturbing are allegations that the company CEO, Jimmy Haslam, knew this type of conduct was occurring and did not change the conduct and business practices of Pilot Flying J. The FBI affidavit contains excerpts from numerous taped conversations of V.P. of Sales John Freeman. Mr. Freeman was taped at his lake house, according to the FBI affidavit, and stated “… sell it to ‘em the way they want to buy. And understand, the [expletive deleted] got the ability to know what the hell you’re doing to ‘em.”

Pilot Flying J was raided by the FBI based upon information contained in the FBI affidavit and investigation.

If you have any dealings with Pilot Flying J, which include:

Promise of Rebates with a lack of payment as promised;
Failure to pay rebates over time, with repayment amid claims it was a “accounting error” ; or
Promise of a fuel discount that was not delivered as promised,

All Statements contained herein are based upon publicly provided FBI information. There has been no criminal conviction of any parties at this time, and the FBI investigation is ongoing.