Civil Case Filings in TN Continue to Decline in 2017

The Tennessee Comptroller of the Treasury just released their 2017 Judicial Weighted Caseload Summary.  This study tracks the number of judicial filings of all cases in every judicial courtroom in Tennessee.  Herein is a summary of those findings. 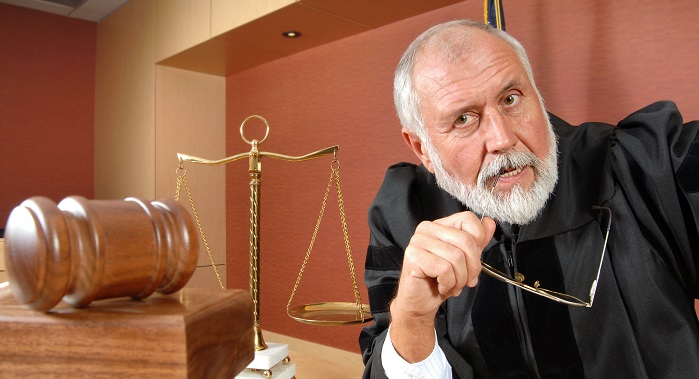 Looking at the trending numbers, it is surprising to me that over the past 5 years, despite an ever-increasing influx of people into our great State, the number of Civil cases and Domestic cases are DOWN 7 % each.   (6.9% Civil decrease; 7.35% Domestic decrease)  The number of criminal cases over that same time period, from FY 2013 to FY 2017, is UP 3%.  Alarmingly, serious felonies (Class A and B Felonies) are UP 23% over the past 5 years, and First Degree Murder Cases are up a whopping 35%.

In fiscal year 2017, only 432 medical malpractice cases were filed, but that number represents an increase of 10.49% over the tally in 2016  (391).   Most of the civil cases filed is Probate/Trust with 14,338 (28.2% of all civil claims filed).   Contract claims were 10% of all civil claims (5,190).  Administrative hearings, Guardianship/Conservatorship, Judicial hospitalization, juvenile court of appeal, real estate disputes, other general civil and workers compensation combined make up 19,657 cases, or 39 % of all civil court filings.  Tort claims make up only approximately 22% of all civil filings.

You can read the comptroller reports for yourself HERE

Anyone that tells you that our courtrooms are all clogged up because of personal injury lawsuits or frivolous lawsuits is lying to you.   What these numbers reveal is that we have a shortage of judges for the current expanding CRIMINAL caseload.  The tort reformer crowd cannot credibly look at these numbers and draw any other conclusions.  If you go into the Davidson County courthouse any day of the week, you are much more likely to see empty civil courtrooms, and clogged criminal ones.  The number of civil tort lawsuits actually tried in our state is approximately 14 per month.  That is for the ENTIRE STATE.  In my home  county where I was raised, Humphreys County, they have not had a civil tort trial there in 2 years (and I was the one who tried it.)  Of all the cases filed from this study in FY 2017, only 5.5% filed are related to civil tort cases.   When you hear the Chamber of Commerce scream "tort reform" is needed, remember there is certainly no crisis.  One might argue the only crisis is that the true experienced trial lawyer is becoming extinct for lack of experience.   Don’t believe the hype.

From speaking with several friends of mine who are judges, they agree with this report and believe they are significantly understaffed.  Although the total filing numbers are not up overall significantly, the amount of time they are devoting to criminal trial work involving serious criminal acts has increased dramatically.  As stated above, first degree murder cases as well as felony A/B trials, having increased more quickly than nearly every other category (35% and 23% respectively over the past 5 years).  Although it is only one trial, a felony trial or a first degree murder trial can take 2-3 weeks to try.  This report concluded that Tennessee is shy by approximately 10 judges.  These judges are needed badly, especially in the outer lying counties.   Due to the criminal backlog, it takes an act of Congress and next year's calendar to get a civil jury trial date.  I am often told that I have to wait over a year to get a first setting in a civil jury trial.  The criminal trials constitutionally take precedence over civil trials.

It is a safe bet that the number of tort claims in 2017 increased in response to insurers being more stingy than usual and awaiting the Tennessee Supremes to release the Dedmon decision.   Since that decision was released in November 2017, my anecdotal experience has revealed that insurers were holding off on settling claims with larger medical expenses in the hopes of gaining a windfall in their direction upon settlement.  I predict if there is any statutory changes to the Dedmon decision eliminating Tennessee’s long standing collateral source rule, you will see the number of tort claims, and civil jury trials, increase dramatically.  The civil world is working fine the way it is. Insurers are still making lots of money.  The number of civil cases overall is decreasing.  There is certainly no tort crisis in Tennessee.