JACKSON WAS MINDING HIS OWN BUSINESS WHEN...

On November 14, 2019, Jackson operated a 2013 Honda Accord westbound on Interstate 840, Williamson County, Tennessee. On the same date and at the same time, Chad R. operated a 2013 Ford F150 also traveling westbound on Interstate 840. Jackson safely operated his Honda Accord, traveling down Interstate 840 when suddenly, and without warning, Chad crashed his F150 into the rear of Smith’s Vehicle, propelling him forward and into a 2014 GMC Terrain operated by Brianna M. The unexpected force of the crash jarred Mr. Smith’s entire body, and caused the airbags to deploy.

As you can see by the severe damage to Jackson’s vehicle, Chad R. was driving at an extremely unsafe speed for conditions, causing him to completely cave the rear of Jackson’s vehicle in on impact. Jackson was a couple more feet of property damage from losing his life because of Chad’s reckless driving and punitive damages must be considered in Progressive’s evaluation of this claim due to Chad's extremely reckless conduct. Jackson suffered painful injuries and other harms and loses as a result of this wreck. 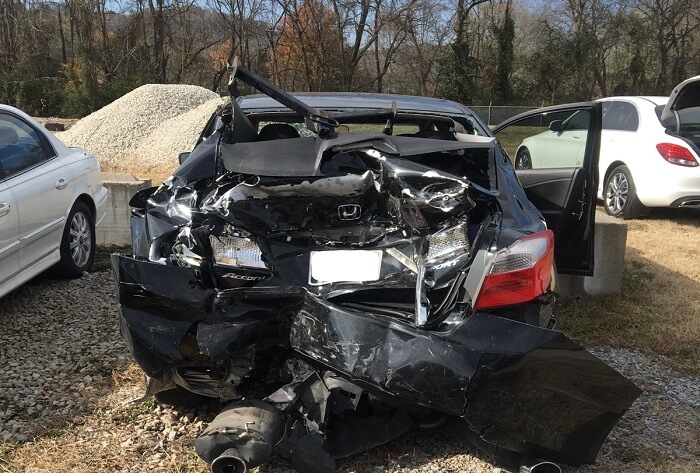 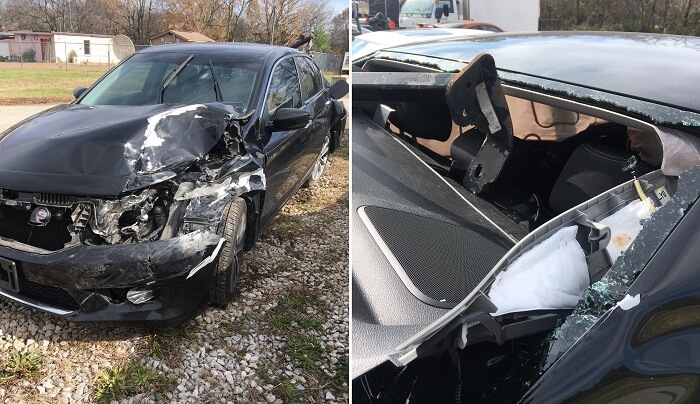 "Having never reached out to a Law Firm before or even in an accident, I feel compelled to tell my story about Griffith Law. First, Nathan and Jonathan were absolutely outstanding in not only supporting me, but how they handled the overall case for the accident I was involved in.

I was struck from behind by someone not paying attention, to put it lightly. Off to the ER by ambulance, injured, unable to walk for days, a totaled vehicle and completely unsure what to do next. I reached out to Griffith Law and was so surprised in not only how they welcomed me, but their number one talking point was if I was ok. I was really blown away by their caring attitude, always conveying how they wanted to help me get healed and back to my normal self. 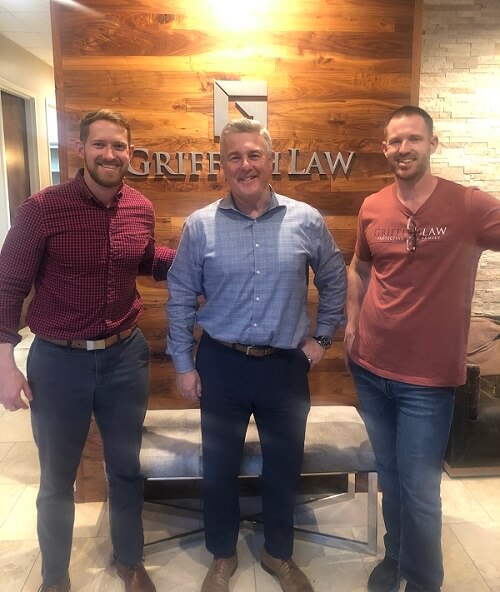 I spoke or emailed with both Jonathan and Nathan so frequently over the last year or so, I almost miss talking to them about what is going on. They are both so easy to talk to, caring, kind, family men and truly want to help you get well, but also do the hard work for you on your case. They clearly explain the process, next steps and communicate often. Nothing but the most respect for them and how professional they are.

While the case is now all wrapped up, we are more than satisfied with the outcome and want to truly thank everyone at Griffith Law for an outstanding professional team. While we hope and pray this does not happen again, I know who I  will call if it does, Griffith Law."