How Drunk Driving Accidents Differ From Other Tennessee Car Wrecks 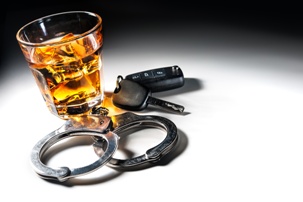 Drunk driving is an unfortunately common occurrence in the United States. According to the National Highway Traffic Safety Administration, 223 people were killed in drunk driving crashes in Tennessee in 2016. Nationally, nearly one in three traffic deaths is caused by someone driving under the influence. If you or someone you love is injured by a drunk driver, you need to know what to expect as you file a claim against the at-fault driver.

Drunk Driving Accidents May Have Criminal and Civil Charges

Since it is illegal to drive a vehicle while under the influence of alcohol or drugs, the state can bring a criminal case against the impaired driver who caused your crash. However, the intent of the criminal case is to investigate and punish the driver for illegal activity, not to compensate you for the effects of the crash. In order to be awarded damages, you must bring a civil case against the driver to hold him or her responsible for the costs of the accident.

Drunk driving cases may proceed like other crash cases, but there are a few differences, including:

If you or someone close to you has been injured by a drunk driver, we can explain your options at no cost to you. Our personal injury attorneys work on a contingency fee basis, so there are no upfront costs for legal representation and we are paid only after you receive a settlement. To learn more about car accident injury claims, fill out the short contact form on this page or request a free copy of our book, The 10 Worst Mistakes You Can Make With Your Tennessee Injury Case.