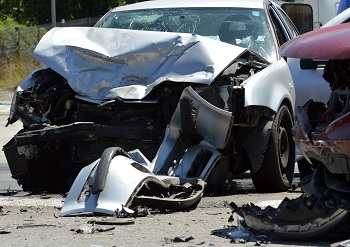 Few accidents are more devastating than a head-on collision. Head-on crashes, also called front-impact collisions, occur when two cars traveling toward each other collide head-to-head—often at high speeds. Due to the severe impact of a head-on crash, the vehicle’s safety features may not be enough to protect its passengers, causing disabling or even fatal injuries.

How Negligence Leads to Head-On Collisions in Tennessee

Research has shown that front-impact crashes are far more likely to be fatal than other types of collisions. The Insurance Institute for Highway Safety (IIHS) reports that of the 1,041 people killed in car accidents in Tennessee in 2016, over half of them were involved in a head-on collision. On average, frontal impacts accounted for 15 driver deaths per million registered vehicles in 2016, compared with six deaths per million in t-bone crashes and two deaths per million in rear-end accidents.

Although they are commonly referred to as accidents, head-on collisions are usually a result of negligence, such as:

Injuries in a Front-End Crash Are Often Severe

Since front-end accidents involve the forward momentum of both vehicles, victims rarely walk away from the scene of a head-on crash. Victims and their families may take months or years to fully recover, especially if the accident resulted in:

A person’s life may never be the same after a head-on collision. A victim may be unable to work, depend on lifelong care, or lose the ability to enjoy many daily activities that others take for granted. For this reason, victims who suffer a front-end crashes should speak with an attorney as soon as possible to determine who was negligent and how to get fair compensation for their losses.

The car accident lawyers at GriffithLaw provide consultations at no cost to accident victims and family members. In addition, our legal fees are paid with a portion of the settlement we secure for you, so you will not owe our firm anything until your case is resolved. To learn more, simply fill out the short contact form on this page or request a free copy of our book, The 10 Worst Mistakes You Can Make With Your Tennessee Injury Case.