Liability for Takeoff and Landing Accidents on Commercial Flights 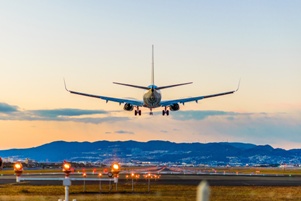 Although flying is one of the safest ways to travel, there is always a risk of an injury aboard any commercial flight. When accidents occur, they are overwhelmingly likely to take place during the first and last few minutes of the flight, making takeoff and landing maneuvers extremely dangerous for passengers and cabin crew. Some flight officials even refer to these periods as “plus three minus eight,” with as much as 80 percent of all crashes occurring within the first three minutes of takeoff or in the last eight minutes before landing.

The Many Different Types of Takeoff and Landing Accidents

A study released by airplane giant Boeing discovered that 48 percent of all fatal accidents worldwide between 2007 and 2016 occurred during the aircraft’s final descent and landing. Although final approach and landing make up less than 5 percent of the total journey, it is the most hazardous time for commercial flights, resulting in nearly half of all onboard fatalities for the same period.

The second-most perilous stage of flight is during takeoff and initial climb. Although only responsible for a combined 13 percent of fatal incidents, the airplane is accelerating rapidly in close proximity to ground crews, other planes, and high wind resistance. There are many maneuvers required to take the airplane up to cruising altitude, and even a small mistake can cause serious injuries.

Common causes of takeoff and landing accidents include:

Liability in Takeoff and Landing Accidents

There may be many people who share fault for commercial airline accidents, and your attorney will have to gather evidence in order to determine who can be held responsible. Common sources of evidence may include the plane’s flight data recorder, the wreckage of the plane, eyewitness accounts, and recordings from airport surveillance cameras.

Responsibility for a takeoff or landing injury may fall on: