Commercial Airlines May Be Held Responsible for Runway Accidents 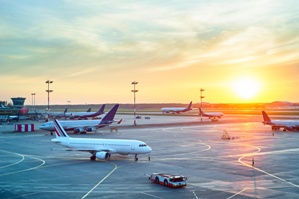 Although many injuries occur during flight, aviation accidents are most likely to occur during departure and arrival. In order to take off and land safely, pilots must stay in constant communication with air traffic controllers and ground crews—and even a small mistake can cause a tragic runway accident.

The Many Different Types of Runway Accidents

As many as half of all aviation accidents occur during final approach, landing, and takeoff procedures. Unfortunately, the most common reason for these incidents is human error.

Common forms of runway accidents include:

Commercial airlines have a duty to prevent unauthorized or unapproved movement on their runways that could affect the safety of a flight. If an accident occurs during takeoff or landing, the airline may be held liable for unsafe operating procedures and the negligent actions of its employees.

Passengers and flight attendants may be able to seek damages for injuries caused by: