Help for Victims of the Camp Lejeune Water Contamination Crisis

In August 2022, President Biden signed the Camp Lejeune Justice Act to provide judicial relief for victims of water contamination at Camp Lejeune as part of the Honoring Our PACT Act. If you lived, served, or worked at Camp Lejeune between 1953 and 1987 for longer than 30 days, you may be eligible for compensation. 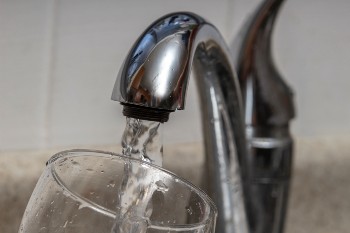 It is believed that over one million men, women, and children were affected by the water contamination at Camp Lejeune. This includes Veterans and civilian employees working at Camp Lejeune, as well as their spouses and children.

GriffithLaw is working to protect the legal rights of those who suffered serious health effects related to contaminated drinking water. Our toxic exposure lawyers accept both personal injury and wrongful death claims. These claims can provide compensation for a wide range of damages, including medical expenses, lost wages, associated out-of-pocket costs, pain and suffering, and funeral or burial costs. Making a claim will not affect your ongoing VA or government benefits.

How Was the Drinking Water at Camp Lejeune Contaminated?

Camp Lejeune opened in 1941, but its water quality issues began before construction. A nearby industrial dry cleaning site poisoned water wells with tetrachloroethylene, a suspected carcinogen. Once the facility opened, heavy chemical substance use exacerbated the water quality problem. Soldiers dumped oil and industrial wastewater in storm drains and buried potentially radioactive material. There was even a daycare program opened in a former malaria control shop that was previously used to mix and store dangerous pesticides. As a result, perchloroethylene (PCE), trichloroethylene (TCE), benzene, and vinyl chloride are just a few of the dangerous chemicals that contaminated Camp Lejeune’s drinking water.

The Hadnot Point and Tarawa Terrace water treatment plants are thought to be the most notable source of contamination. These plants supplied water to the following areas of Camp Lejeune:

The contamination at Camp Lejeune was so serious that volatile organic compound (VOC) contamination levels were recorded at 100 times the maximum “safe” level determined by the Environmental Protection Agency (EPA).

What Conditions Are Linked to Contaminated Drinking Water?

Cancer is the most notable health risk associated with water contamination, but there are a number of other serious health conditions that can be linked to the unsafe drinking water at Camp Lejeune.

Why Is It Important to Seek Legal Representation?

If you’re suffering from a serious health condition or have recently lost a loved one, you deserve time to focus on your well-being without worrying about complicated legal procedures. When you work with our team of toxic exposure lawyers, you can be assured that you’ll have an advocate on your side who can gather evidence, document liability, manage the steps associated with your claim, and negotiate for the highest possible compensation.

GriffithLaw believes that safe drinking water is a basic human right. If you or your family members have suffered serious health effects due to the contaminated drinking water at Camp Lejeune, our experienced legal team is here to help. However, you must act quickly. There is a cap on the funds the government will be distributing, and failing to follow the necessary steps in a timely fashion could result in your case being dismissed.

Please send us a message online or call us at 615-823-8233 to schedule your free, no-obligation consultation. We accept cases on a contingency fee basis, so there is no upfront cost associated with taking action to protect your legal rights.