Insurance adjusters can be pretty tricky sometimes.   Let me tell you about how they tried to trick one of our great clients, “Steve”. 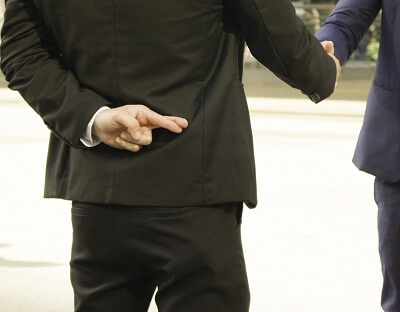 Steve was hit by a lady who was not paying attention, crossed 3 lanes of traffic, and t-boned him.  The impact totaled Steve’s car, and sent him to the hospital in an ambulance.  Steve had bruises all over, as well as a cut on his right thumb, but knows of no other serious injury at that time.  The insurance adjuster told him that she would take care of everything and pay all the bills, and that put his mind at ease at that time.  The adjuster also told Steve that he was “entitled” to $1000 “up front” to pay for various out of pocket expenses and for his inconvenience, to which Steve replied, “Thank you!”   Steve received the check for $1000 in the mail, and in less than 10 days from the date of his wreck he deposited same to pay for his out of pocket expenses.

About 2 months later, Steve is still having pain in his right hand, and he goes to an orthopedic doctor.   The doctor does an MRI and finds some serious ligament damage to the thumb and middle finger, and tells Steve he needs surgery to repair the damage.   Steve calls the adjuster to get some of these bills authorized but the call didn't go as planned.

Schemes of the Insurance Adjuster are Revealed

“I’m sorry Mr. (Steve), you cashed that check for $1,000, so we owe you NO MORE MONEY.  GOODBYE!”    Now Steve is facing over $20K in medical bills to pay for the surgery and follow up rehab he has incurred due to a careless driver.  The adjuster has told Steve to go jump in the lake, so, he called me.

When I sat down with Steve to discuss his case, he said EXACTLY what 99% of you say when I first meet with you, which is, “I am not the type of person who would ever sue someone, but let me tell you what just happened to me” (and how they have tried to stick it to you).   He proceeded to tell me how the adjuster NEVER said this was a final settlement; how he NEVER signed any release; how the adjuster said he was “entitled to $1000 up front” and they would pay for all the medical bills.

He Trusted the Adjuster at Her Word and He Was Betrayed

We filed suit, and the insurance company moved to dismiss the case based upon their allegations the case was already resolved the moment Steve cashed the check for $1000.   The judge agreed with me that the insurance adjuster did not make it clear her intention this was to be a full and final settlement of all claims.   There also was no “offer” in the legal sense since the parameters of the offer were never defined, even if it was an “offer.”  Additionally, the court held that since the client did not know the significance of his injury at the time the adjuster told him he was “entitled” to the $1000, there was a “mutual mistake” of fact and therefore, no agreement to settle existed.

Not all Tricks by the Adjusters Can be Undone

Before you sign anything, you need to know what it is you are signing, the parameters of it, and how it may be used against you.  Steve was not insurance savvy; he never signed a release; and he had NO IDEA what the adjuster was trying to trick him to do.

As a result, the case will now proceed to trial, or we may be able to now settle it.  If we do try it, the jury will never be allowed to hear anything about car insurance, unfortunately, or the fact this adjuster tried to royally take advantage of a great and trusting man.

I hope your spring is great so far.  Be safe.