ORTHO AND CHIRO NATION: Beware of this TERRIBLE ADVICE From Your Patient's Injury Attorney

How many times have you heard this statement from your patient?   “My attorney told me to go ahead and get released from your care so I can settle my claim.”

You think that is what needs to happen to facilitate your patient’s case, so you do just as she asks you.   You release her from your care, despite continuing complaints of pain.  The probable reality is, had the patient not asked you to release her, you would have recommended ongoing medically necessary care for her continued, legitimate complaints of pain.  After all, the attorney knows best for your client’s legal claims, right?   WRONG.  This is terrible advice and you need to understand exactly why this is so. 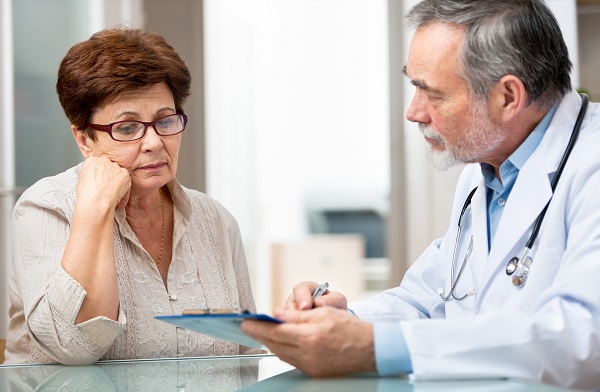 Let me give you a hypothetical to explain this point.   Let’s say you have an injured person with a neck injury.  There are two ways the Maximum Medical Improvement situation can be addressed, and each scenario has the same injury and outcome, but with vastly different legal realities as to the way they are handled.

Ms. Jones, the injured party, retains an attorney following a motor vehicle wreck.  Her lawyer practices divorce, criminal, probate, and also claims he does personal injury work on the side, but does not specialize in it.  He speaks with the insurance adjuster who tells them to “send me a demand package when your client gets through treating.”   Mr. Lawyer interprets that to mean that she has to stop treating and finalize the treatment with a big period at the end of it.   So, he tells Ms. Jones to tell her doctor that she is okay now, her pain is “better”, and to stop treating her and to obtain the final tally of all the bills and get all records.   Ms. Jones comes to see you and relays this information to you.   The lawyer must know what he is doing, so you stop treatment and finish your notes in, let’s say, January of 2016.

The same lady with the same injury, Ms. Jones, has been under your care for the same amount of time as above, and she has improved greatly.  You have seen increases in ROM, less pain overall, decreased radiculopathy and decreased spasm.  She still has daily pain but it has decreased from a 7/10 scale, down to a 1-2/10 overall.  You believe that she has reached MMI but she needs ongoing palliative care to keep the gains you have made in her condition

Let’s see how this plays out in the real world.   Your patient reached MMI on January 5, 2016.   Since that time, the case has not settled, the insurance company for the person that hit your client in a car wreck has not offered to pay even the medical bills.  At this point, your patient’s attorney has no option but to move forward towards trial and take what is called “medical proof” which consists of proof via an expert, i.e. YOU.    It is now August of 2016, and you have been asked by the plaintiff’s attorney to give a deposition.

I have taken 4-5 doctor’s depositions a month for the past 16 years.  I can tell you exactly how these two scenarios play out involving the same person, with vastly different legal outcomes.  You need to know as you read this what the insurance defense lawyer is trying to prove during your deposition.   They would love to show, with your help, that your patient is a liar, a fraud, and a cheat, and/or she has no permanent injury at all.

So, here you go.  Let’s go back to Example 1 patient above.  This is the lady who was advised to stop treating cold turkey, to tell you that she needs to be release based upon her lawyer’s advice.

The Insurance Defense Lawyer will go on the offensive and ask these questions:

Q:           At that time, her neck pain had greatly improved from when you first began to treat her, true?

Q:           Doctor, do you expect your patients to return to your office for treatment if they are having continued problems?

Q:           So you cannot testify within a reasonable degree of medical certainty that Ms. Jones has any permanent injury then, can you sir?

Et Voila!  The insurance lawyer has just put your client’s treatment what I call “in a box”.  That is, there is a start date and a definite end date, with no hope of getting any  compensation for any long term, chronic injury.   And you and your patient’s lawyer helped him do it!

Example 2:   (here’s how it should go, if documented properly)   Your client did not stop her treatment, but continued to follow your treatment plan.  If this is done, then I get to go on the offensive and put the insurance defense lawyer on the ropes.

Questions by Me, your patient’s attorney:

Q:           Did you expect to see her after you released her if she was still having complaints of neck pain?

Q:           Doctor, based upon the history provided to you, and assuming that history to be accurate, is all of the injuries you have described of Ms. Jones causally related to the wreck she was involved in with the defendant in this case?

Q:           And doctor, let me ask you a very important question, are the injuries to Ms Jones that she received in this wreck going to be permanent, more likely than not?

A:            Considering the fact that her treatment and pain complaints have been present for more than a year, I do believe that she will  most likely have a permanent injury.

Q:           And how are these injuries caused to Ms. Jones  in this wreck going to affect her on a daily basis, more likely than not.

A:            She will need to continue with home exercises, stretching, heat and ice packs, possible traction, and continue to work on conditioning.  She will need to limit her activity by pain but I encourage her to do as much as she can physically tolerate.

In the first example, your patient will be legally limited, and will not be able to ask for any consideration for permanent injuries.  In the second example, she is entitled to ask for full compensation, including permanent injury, future pain and suffering, and future loss of enjoyment of life.

So why do you care about this?  If you have any work that you perform on liens to the patient, your client’s case is going to be devalued in the first instance.   In that example, there is no hammer, or threat of future injury.  The treatment is in a “box”, as it has a start date and a definite end date.  In Example 2, your client has the threat of getting a jury to consider additional damages that are not present in the first instance, therefore a lower overall case evaluation, and a lower recovery, and the increased likelihood someone is going to call you asking you to take 40 cents on the dollar and reduce your lien.

So if your patient tells you that you need to cut off their treatment, you need to recognize why this is being asked, and the erroneous reasoning behind it.