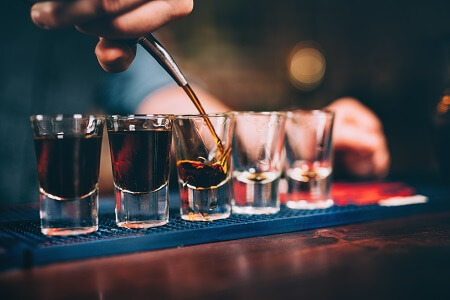 BAD DUI WRECK?  Who ELSE put that Drunk Driver behind the wheel before he hurt or killed someone?

If you have been injured in a car wreck and the person who hit you was drunk, you may be wondering what you need to do about that.   What if the person hit you has not enough insurance, or, worse, no insurance?

What is it that people rarely do after they have been in a car wreck and hurt someone?  I will tell you what they don’t do.  They don’t have the common courtesy or decency to simply pick up the phone and call the person they hurt and apologize to them, or to check on them and see how they are doing.  If you simply bump into someone while standing in line at the movie theater, we have enough common courtesy to say, “Oh, I’m sorry.  Excuse me.”   BUT, if a person gets behind the wheel after choosing to drink heavily to intoxication and choosing to get behind the wheel of a car and put all of the public in danger, … crickets.   No effort to contact anyone.

So, since there is so little contact, there is no inquiry or revealing of where the drunk driver partook of all the alcohol that got him/her so intoxicated they can barely stand up.  But does that matter?  YES!   Tennessee Law is very clear, a social host cannot be held liable for providing alcohol to any guest, even to minors.  TCA 57-10-101.   However a seller of alcohol, as opposed to a social host, may be found civilly liable (for money damages) for selling alcohol to minors under 21 years old; or for selling alcoholic beverages “to an obviously intoxicated person and such person caused the personal injury or death as a direct result of the consumption of the alcoholic beverage or beer so sold.”  TCA 57-10-102   This is also what is known legally as “Dram Shop Liability.”  This antique phrase refers to any establishment where alcohol was sold by eh “dram,” which was a spoonful of liquid.

If a bartender continues to sell and serve alcohol to a person who is obviously intoxicated, and that person starts a fight with someone else, or gets behind the wheel after being served, the bar itself may be held responsible for all of the harm and carnage so caused.

Sure, the drunk person who caused the harm will be held responsible first, but way too many times this person does not have enough resources or insurance to cover the horrific harms he/she has caused.  The bar or restaurant has a duty to not cause someone to become more intoxicated and make money off that person, then turn around and turn them loose on the rest of us without bearing some portion of responsibility for their total disregard of the safety of the rest of us.

What Dram Shop Liability Means for Your Case

There are 3 ways that an establishment can be held responsible for your auto wreck or other injuries, according to Tennessee Law.  Either of these options can be true for them to be held liable:

If you have been hit by a drunk driver and you suspect they were at a bar, you need to do the following as soon as possible.

There is no other way to get this information from the drunk driver if they do not step up and cooperate with you.  If they fail to do this, a competent personal injury lawyer will get this information much sooner than you will be able to, if you ever can.  Also, you need to be aware that forcing this information from the mouth of the drunk driver TAKES TIME.  And you may not have a lot of time, especially in Tennessee where we have the shortest statute of limitations on personal injury claims in the ENTIRE NATION.  Also, a competent lawyer will force any known restaurant to not destroy evidence, such as receipts, VIDEO surveillance, etc.  Video is usually wiped clean by most servers every 2-4 weeks.     Failure to send a spoliation letter to them could be extremely detrimental to your case, allowing evidence to literally disappear.

If you have been hurt by a drunk driver, act quickly.  Call my office TODAY so that we can evaluate your case and give you direction on the next steps you must take to protect your claim.