Turbulence Is a Major Cause of In-Flight Airplane Injuries 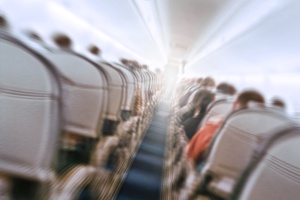 Most airline passengers have experienced turbulence or air movement around the aircraft that causes a shaking or sudden jolt of the plane. Turbulence can be caused by changing temperatures, storms, atmospheric pressure, jet streams, and other natural phenomena, and often passes within a few minutes. However, the unpredictable nature of turbulence makes it the most common cause of in-flight injuries.

The Federal Aviation Administration (FAA) has reported that inflight turbulence is the leading cause of nonfatal injuries on commercial airlines. Numerous flight attendants and passengers sustain injuries due to turbulence every year. Common injuries include the following:

Airlines May Be Held Liable for Turbulence Injuries

While turbulence may be unavoidable on most flights, there are still many measures airlines can take to prevent and reduce the number of injuries turbulence causes. Passengers may be eligible to pursue a negligence claim against the airline for turbulence injuries depending on how the injury occurred. An airline is only liable if the injury was caused by one of its employees (such as the cabin crew, pilots, maintenance workers, or ground crew members) or by the negligent operating procedures of the airline itself. Examples of possible liability situations include the following:

Airplane injury cases are often complicated, and it is vital for victims to seek the advice of an experienced aviation attorney to pursue their claims. At GriffithLaw, we conduct a thorough investigation to determine who is responsible for your suffering—and we do not collect any legal fees unless we recover compensation for you. Simply fill out the short contact form on this page to set up your no-cost injury consultation, or learn more about your rights in our free guide, The 10 Worst Mistakes You Can Make With Your Tennessee Injury Case.