What risks do older people face after a brain injury? 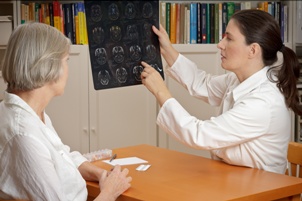 Older people are at higher risk of complications after a variety of accidents, including traumatic brain injuries (TBI). A 2006 study published in the Journal of the American Geriatrics Society found that advanced age is a significant factor in negative outcomes after TBI. Out of approximately 80,000 people over age 65 who visit emergency rooms every year for a head injury, three-quarters of these patients require hospitalization.

Risks for Patients Who Suffer Brain Injuries Later in Life

In 2003, the total cost of treating TBI in patients over age 65 was more than $2.2 billion—a figure that is expected to double as the older population in the U.S. rises to over 70 million by 2030.

Traumatic brain injury is particularly hazardous to older people due to:

If someone in your family has suffered a severe head injury, our attorneys can listen to the details of your case and advise you on your rights—and we do not collect anything from you until after your case is won. Simply fill out the short contact form on this page or request a free copy of our book, The 10 Worst Mistakes You Can Make With Your Tennessee Injury Case.