Can I get in trouble for lying on interrogatories? 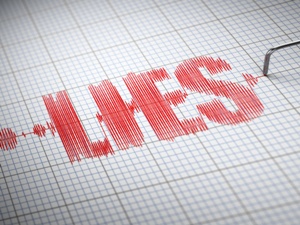 In the initial stages of a lawsuit, attorneys in the case will send interrogatories to the opposing party to get more information on the relevant issues. Interrogatories are simply a series of written questions used to understand the details of the case. However, each party responding to interrogatories must sign a statement to swear that his or her responses are true—and failure to tell the truth can have serious consequences.

The Dangers of Lying on Interrogatories

The most damaging thing that can happen if someone lies on interrogatories is that they can be punished by the judge at trial. When the truth is discovered, the judge may impose a fine, assign additional litigation costs, or dismiss the case entirely if it was brought by the party who provided false information. If the party lies repeatedly or has been deliberately dishonest about material facts in the case, the judge may initiate a perjury charge.

Even if a party escapes punishment for lying on an interrogatory, the untruth can still hurt the party if it is discovered during trial. Any amount of misinformation has the potential to bring the party’s character and actions into question, and attorneys are well-trained to spot any discrepancies or potential falsehoods during depositions.

The amount of harm a lie can do to a case will depend on the circumstances, such as:

Even if you know the importance of always telling the truth in your injury case, you cannot control how the opposing party in your case will answer questions on his or her interrogatories. If you suspect that the person you are suing has made false statements, you should share your suspicions with your lawyer so that he or she can investigate the claim and provide evidence of the truth in court.

For more information on your rights after an accident, fill out the short contact form on this page or request a free copy of our book, The 10 Worst Mistakes You Can Make With Your Tennessee Injury Case.