"My name is Jesse Cox and I am firstly a husband to my wife Rachel and I'm a father to my kids Jude and Dorothy. And for the last four years, I've been a police officer and in that capacity, I've served the city and served people around me. That's one of the big reasons I got into policing to begin with to be a servant and on top of that I mean first of all, I'm a Christian and so that has really kind of guided all of my careers but especially in policing. I've been able to use that and help people especially in a capacity where you have power over people and never really exerting that in a negative way but you know trying to be you know a guiding light to people. It was kind of a really awesome experience to be a police officer and it definitely fulfilled a lot of the expectations I had for life and just things I wanted to do. Being a police officer really has I guess give me a lot of opportunity to help and that's really my entire life what I want to do is help people and I've been able to do that extremely well being a police officer.

On August 8th, 2017 I was working for the Metro Nashville Police Department in Davidson County. I just got a call to a wreck that happened, it was a hit and run wreck it was right down the road from where I was. I was on my way to us crossing Old Hickory right over I65 and all I can really remember is like a black SUV or truck in my peripheral and then after that, it was everything kind of blank after that because I think I kept on going in and out of consciousness the whole time. I eventually had people that would come in and kind of check on me. I remember nurses came in and then I remember that was when my wife came and visited me. At that point I'm laying in the stretcher with a neck brace on I can't move anything at all. My arms are I think that my hands were pretty much the only thing my arms or only thing I can move and I was terrified at that point because I'd really started to come to really think about what had happened what was going on. And I and no one had really told me anything and so my wife comes in and I see her and she's of course in tears because she's freaking out and hearing her story is it's pretty hard to listen to too. even talking about her part of the story but I remember asking her if I was ever gonna walk again because I had no idea. Of course the whole night I just had officers from all over that had I've come to know throughout the whole my whole career come in to check on me. Metro Nashville on that ground level the officers that were you work with are all with you 100% and they're all gonna people I didn't even know came to check on me and brought my family food and coffee and all sorts of stuff throughout the entire time. It was pretty awesome. Then you know my wife is definitely gonna have to adjust to life at this point, she knows she's gonna have to help me through all of these simple things that I was unable to do without her help before. Now she's gonna be required to help me do everything. You know I still feel the effects of the accident today and that's when I called you guys and so I remember I came in and we scheduled an appointment. I came in and kind of explained it to you and through the process I mean, I was just able to to learn that there was a lot more you could do and that those bills that I was really kind of afraid of, that I was gonna pay Metro back, really weren't as crucial as I thought it was going to be. And it wasn't you know as big as big a deal but was something that we could actually get past through that process.

I did learn that there was the new law that basically stated up to two years to sue if a criminal act was done against you and that was really big for me because knowing that this guy basically committed aggravated assault with a vehicle against me, that was a criminal act, and I could still sue him for that. And so I was able to come out and add that to part of our suit and we were able to win which was awesome and we didn't have to pay Metro back and it ended up being really great for our family. And it did give us a complete closure with the whole situation. I don't feel like there's anything left on the table at this point and anything else I could have done.

During this process the injury and trying to get in contact with you, before I called you I actually called a metro lawyer. I don't know if it was our FOP lawyer or one of the actual Metro lawyers. I'm not sure who they recommended me to call, but I called one and they literally had no idea. They were like we don't deal with injury accidents and we don't really know what advice to give you or what to tell you or who to send you even to. And so at that point, I was like well why in the world do I even pay you to represent me. I think it might have been the FOP because they were no help at all and they knew nothing about it. 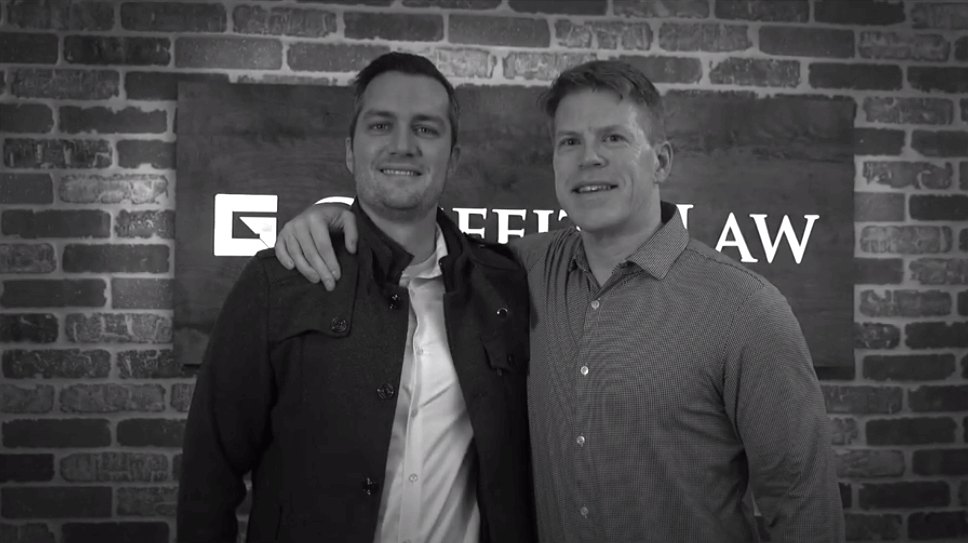 So my experience with John and his staff just from the very beginning I felt like I was their number one priority. Like they were gonna take care of me and they were gonna research as much as they needed to research for the law. They were gonna talk to the people involved in the process, from the insurance companies to the involved parties, to how they were going to fully take on this case. And so I really felt like though through the whole process I got updated often on where they were and in their process of the suit and every time it's very positive. But if there were things that they needed to tell me that we weren't gonna be able to do they told me upfront and they were very upfront about that which was great because I'm just someone who just likes to know what's going on. And so that was a great part of the process and I mean I just felt like they were definitely on my side. They were fighting for me and being a firm I guess that that is gonna do the research to give me the best chance and that was definitely John and his his whole crew. I mean everyone I talked to I felt was fully not knowledgeable about the process and answered any questions I needed to along the way. And so it was very helpful, it was really easy for me to kind of even just put that on the back burner say they've got that and I'm not even worried about that anymore. And I can definitely feel at ease now that I know that they're in charge and that they're on the case. To all the people I've worked with my brothers and sisters at Metro Nashville Police Department or any police officer that has ever been in an accident, this is exactly where I would come and this is who I recommend. I've recommended several officers to come here already because this is going to be your best chance to get all the information you need to know and it's not going to hurt you at all to ask. I mean and there's a possibility they might not be able to help you or someone might not be help you because who knows the other person might not have insurance or might not have any money or might have been in a stolen car. And so it's sometimes it's very hard to think you know there no way that there's gonna be a case but you never know. To anyone who has questions, any officer who's in an accident I would 100% recommend at least taking that first step to ask the question and coming here and asking that question. And asking John, saying John what can I do. And you're gonna get a very straightforward answer and they're gonna tell you if they can help you or they can't help you. And from my experience, they're gonna tell you that they can help you, so I would recommend any officer that's been in an accident to use this law firm."