Truck Drivers on Stimulants Are a Problem for All Road Users 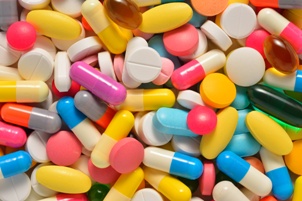 Everyone has experienced the soporific effects of long hours behind the wheel. The endless, unchanging scenery and the hum of the engine make your eyelids start to droop, so you turn the radio up or roll down the window to combat the drowsiness. Unfortunately, driving while drowsy is a major cause of car accidents nationwide—especially among those who have to drive long hours for a living.

Truckers Rely on Speed to Stay Awake on Long Drives

In order to curb the worrying trend of truck driver fatigue, the U.S. government instituted federal hours of service regulations that place strict limits on the number of hours a trucker can spend behind the wheel. Hours of service regulations require mandatory rest breaks during shifts, as well as require truckers to get a full night’s sleep between shifts. However, many trucking companies encourage their drivers to break these rules, pressuring them into driving longer hours with fewer breaks. In response, drivers often turn to stimulants—including caffeine pills, amphetamines, and cocaine—to stay in their employer’s good graces.

Many factors contribute to the problem of stimulant use in the trucking industry, such as:

Stimulants may keep a driver awake, but they also affect cognition, memory, concentration, and other processes that make it possible to drive safely. They also affect the body as well as the brain, and can make hands shake, cause overcorrection and jerky movements, and can even cause the trucker to suffer a heart attack behind the wheel. Any one of these side effects can place a trucker at risk of causing a crash that can injure himself and the other vehicle occupants around him—and with the increased size and weight of the truck, the injuries suffered are likely to be fatal.

If you or someone you love has been hurt in a truck accident in Tennessee, our injury attorneys can investigate the facts of your case and determine whether drug use was a factor in your claim. Fill out our online contact form today to schedule a free, no-obligation consultation with our legal team.