Recent Trends in Truck Crashes in Tennessee and Across the U.S. 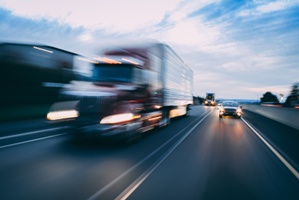 It seems like there are more truck accidents on the roads than ever these days, and recent data backs up that unfortunate conclusion. According to the latest truck crash statistics from the National Highway Traffic Safety Administration’s (NHTSA) Fatality Analysis Reporting System, nearly 5,000 large trucks were involved in fatal crashes in 2017, a nine percent increase from the previous year. These statistics may be disheartening, but they can provide valuable insight on truck crash trends—and could even help drivers avoid a collision with an 18-wheeler.

Statistics Show the Dangers of Large Trucks on U.S. Roads

Year after year, truck accident studies find that the majority of deaths from these collisions involve drivers and passengers of smaller cars. In 2017, 82 percent of fatalities were occupants of cars and passenger vehicles rather than operators of the large truck. As trucks can weigh up to 30 times as much as passenger cars, people traveling around the truck can suffer fatal injuries in a head-on collision, while the higher ground clearance of the trailer is a common cause of underride accidents.

Researchers have uncovered some worrying trends in the most recent truck crash data, including:

Our truck accident lawyers serve injured clients on a contingent fee basis, meaning we do not collect anything unless we secure a recovery for you. To set up a free initial consultation, simply fill out the short contact form on this page. For more information, you can also request a free copy of our book, The 10 Worst Mistakes You Can Make With Your Tennessee Injury Case.