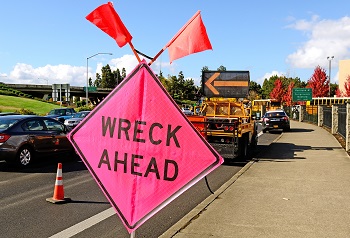 A sideswipe accident may not have the heavy impact and high fatality rates common in head-on collisions, but that does not mean these crashes are harmless. Sideswipes can cause severe injuries and costly damage to vehicles, even if they are usually considered “minor” accidents.

What Is a Sideswipe Accident?

Sideswipe collisions go by many names, including lane departure accidents, glancing blow crashes, or blind spot accidents. In a sideswipe collision, contact is made on the sides of two vehicles traveling next to each other. Although this “swiping” between cars may seem like a near-miss, an accident has still occurred and injured victims are owed compensation.

These types of crashes pose unique dangers depending on the positioning and force of the vehicles. Injuries in these accidents commonly occur due to:

Under Tennessee law, drivers have a duty to stay in their own lane of travel, and it is illegal for a driver to change lanes unless he or she has verified that it is safe to do so. If a driver was not obeying the law, he or she could be considered negligent and may be held liable for damages in an injury case.

The most common causes of these kinds of crashes include:

Vehicles are designed to provide the most protection after a strike to the back or front of the vehicle, making sideswipe collisions particularly hazardous to passengers. Sides of vehicles may not be equipped with airbags or strong steel pillars, and the door or side panel may be pushed into the interior of the car. Common injuries in sideswipe collisions include head, neck, and shoulder injuries, as well as broken bones for those traveling in the back seat.

If you or someone you love was seriously injured in a sideswipe accident, the attorneys at GriffithLaw provide car accident injury consultations at no cost to the victim. In addition, our legal fees are paid with a portion of the settlement we secure for you, so you will not owe our firm anything until your case is resolved. To learn more, simply fill out the short contact form on this page or request a free copy of our book, The 10 Worst Mistakes You Can Make With Your Tennessee Injury Case.