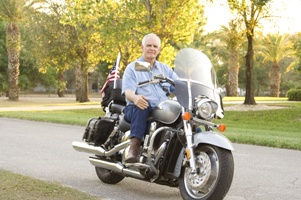 Most motorcycle riders are conscientious road users, following traffic and safety laws as well as (and sometimes better than) drivers in passenger cars. However, many people continue to judge motorcyclists unfairly, seeing them as reckless, thrill-seeking, or irresponsible. Unfortunately, this negative impression of bikers can be costly for motorcyclists involved in an accident, reducing the amount of money they can receive for their injuries or barring them from receiving any damages at all.

Biker Bias Can Affect Every Part of a Motorcycle Crash Case

When a motorcyclist is injured in an accident, they are immediately at a disadvantage simply because of the type of vehicle they operate. Bias against motorcyclists can occur at any stage of the legal process, and is commonly seen in:

A Motorcycle Injury Attorney Can Ensure That You Are Treated Fairly

An attorney who has represented motorcycle clients in the past will know how to get bikers fair treatment—and fair compensation—after a crash. The best way to fight bias during an injury case is to challenge any hint of prejudice during the legal process, such as by:

If you have been injured in a motorcycle crash, our legal team will carefully examine the evidence and build a strong case to protect your rights. The injury attorneys at GriffithLaw are proud to provide initial consultations to victims free of charge, and we do not collect any legal fees until your case is resolved. Simply fill out the short contact form on this page or request a free copy of our book, The 10 Worst Mistakes You Can Make With Your Tennessee Injury Case.