How Negligence Per Se Affects a Tennessee Car Accident Case 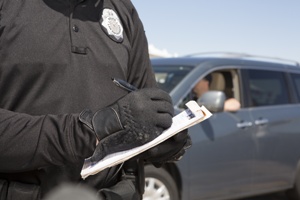 Even when a car accident seems like an open-and-shut case, a victim will still have to establish a clear link between the at-fault driver’s actions and the injury to win compensation. Crash cases are often based on general negligence law, which requires a victim to establish a breach of duty of care. However, if the at-fault driver was breaking traffic laws at the time of the crash, the victim may have an easier time getting compensation under the doctrine of negligence per se.

What Is Negligence Per Se?

Car accident cases, like all personal injury cases, rely on a legal doctrine of negligence. The person who is negligent is the one who may be liable for injury and property damage—and if both parties share negligence, they may each be responsible for a portion of the damages.

In addition to general negligence law, there is also the doctrine of negligence per se. Negligence per se applies in cases when a defendant (person at fault) hurts someone because he or she violated a public safety law. Negligence per se literally means negligence in and of itself. In other words, a person who breaks a law intended to keep people safe can be considered inherently negligent. In a car accident case, illegal activities that can result in a negligence per se claim include reckless driving, excessive speeding, running a red light, or driving under the influence.

How to Prove Negligence Per Se in a Crash Case

Since negligence per se acknowledges that there was both a duty of care and a failure to uphold the duty, the plaintiff (injury victim) doesn’t have to prove these tenets of the law. However, proving that the defendant broke the law is only the first step to proving guilt through negligence per se.

In order to establish negligence per se, a plaintiff and his attorney must prove:

Limitations and Defenses in Cases of Negligence Per Se

Even if you are able to establish negligence per se, the at-fault driver could refute the claim if he or she had a legitimate defense. There are a handful of legal defenses that can be used to excuse the violations of a law under certain circumstances, including:

At GriffithLaw, we can examine the negligence laws that may apply in your case, and we can advise you of your next steps at no cost to you. Our injury attorneys provide initial consultations free of charge, and we do not collect any legal fees until your case is resolved. To learn more about your rights, simply fill out the short contact form on this page or request a free copy of our book, The 10 Worst Mistakes You Can Make With Your Tennessee Injury Case.