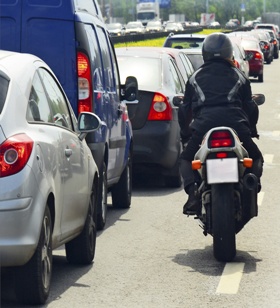 One of the best things about Tennessee’s injury laws is that you can still file a lawsuit if you are partly at fault for a crash. The state operates under a modified comparative negligence system, which allows victims to pursue damages if they were less than 50% to blame for an accident. However, the amount of fault assigned to each party will proportionately reduce the damages each victim is awarded. This can be especially devastating for motorcycle accident victims, who rely on their settlements to pay high medical bills and compensate them for permanent injuries.

As injury cases are dependent on negligence, there are some motorcyclist actions that can make it more difficult to recover in a crash case. Any action that puts others at unnecessary risk or increases the risk of an accident will be looked upon unfavorably by a judge, and can potentially give the other party’s position more weight.

Biker behaviors that can reduce the amount of an award include:

One of the advantages of hiring an attorney is that it allows you to understand how much at fault you could be in your crash case. Many judges and juries have a negative view of bikers, and may automatically assume that a biker is more to blame than the driver of a passenger car. An attorney can examine not only the actions of each party, but the reasoning behind those actions, allowing a fair assessment of each party’s negligence.

For example, the jury may consider the following factors when apportioning fault in a crash case:

If you have been injured in a motorcycle accident, we can listen to your story and explain to you how much your claim may be worth. Contact GriffithLaw today for a free evaluation of your case, or order a free copy of our book, The 10 Worst Mistakes You Can Make With Your Tennessee Injury Case.