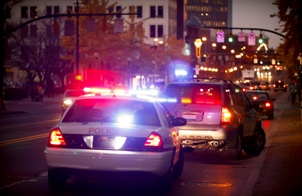 Law enforcement officers, firefighters, and other first responders make a living by rushing into dangerous situations. They are often given little notice and must arrive on the scene ready for anything, often risking their lives in order to save others. Unfortunately, some never return home from these calls because they are struck by passing cars while in the course of their duties. When this happens, first responders and their families may be able to file a personal injury lawsuit to recover the costs of the accident.

Every year, hundreds of first responders are injured or killed after being struck by drivers in traffic. These accidents can occur before responders have arrived on the scene, such as when a car fails to get out of the path of an ambulance, or while responders are standing around the accident scene at the side of a busy road. If a first responder is injured due to a driver’s negligence, he or she may be able to recover the costs of medical bills, lost wages, property damage, and pain and suffering.

Many first responders are struck by passing cars in the course of their duties, including:

Drivers May Be Guilty of Violating “Move Over” Laws

Not only can drivers be held liable for the costs of an injury after striking an emergency responder, they may also be guilty of breaking the law. In 2006, the State of Tennessee passed a "Move Over” Law, requiring all vehicles to take special care when around stopped emergency vehicles. The law requires motorists to slow down or move over into the adjacent lane of traffic when emergency vehicles have activated their flashing lights. Emergency vehicles covered under this law include paramedics, fire crews, police vehicles, state troopers, utility service equipment, and tow truck drivers.

By state law, the failure to yield to emergency vehicles can result in a penalty of up to 30 days in jail and a maximum fine of $500. Despite the threat of penalties and legal action, some drivers continue to ignore the danger of striking first responders who are carrying out their duties. In 2014, over 1,880 Move Over citations were issued to Tennessee drivers, a number that has steadily been increasing in recent years.

If you were struck while responding to an emergency, we can examine the details of the accident and tell you how much your case may be worth. In some cases, victims may even be able to pursue claims for injuries suffered when they were off duty, or injuries that occurred due to defective vehicle parts. At GriffithLaw, we can listen to your concerns and tell you what your next steps should be in your free evaluation of your case. Contact our skilled legal team today or order a free copy of our book, The 10 Worst Mistakes You Can Make With Your Tennessee Injury Case.