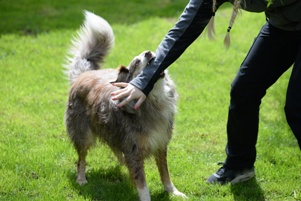 If you have been bitten by a dog in Tennessee, you most likely have a legal claim against the owner. However, the state has a complex dog bite statute that imposes different responsibilities on dog owners in different circumstances. You will need to understand how the law is applied and examine the specifics of your case to determine whether your legal claim has a good chance of success.

Does a Dog Owner Have Strict Liability or “One Bite” Liability?

Tennessee dog bite laws have two different forms of liability, depending on where the injury took place. If a dog causes injury to a victim (or damage to his or her property) and the victim was in a public place, the dog's owner will be held strictly liable—meaning it does not matter if the owner knew the dog was aggressive or had a history of causing injury. Strict liability may also apply in cases where the victim was lawfully on a third party's private property.

The other form of liability, commonly called "one bite" liability, applies to attacks that take place at the dog owner’s residence. Tennessee has a unique exemption for injuries dogs cause to people who are at the dog owner’s private residential home or farm. This also applies to a non-commercial property that is lawfully owned, leased, or rented by the dog owner or is occupied with the owner's permission. In these situations, the injured person has the burden of proving that the dog's owner knew, or reasonably should have known, that the dog was dangerous or was likely to act aggressively in order to hold the owner liable for damages.

No matter which type of liability applies in your case, dog owners have certain legal defenses that could excuse the dog’s behavior. If successful, these defenses could exempt them from responsibility and absolve them from paying for a victim’s medical treatments, lost income, emotional suffering, and other damages in a dog bite case.

There are a number of defenses available to dog owners who have been named in an injury lawsuit, including:

If you or your child sustained a dog bite injury, you should speak with a dog bite attorney immediately. Our injury lawyers can advise you on your next steps at no cost to you, and we do not collect any payment from you until we secure a recovery. Simply fill out the short contact form on this page to set up a free initial consultation.