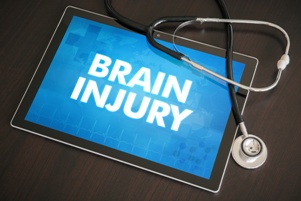 Motor vehicle accidents are a leading cause of traumatic brain injuries in the United States. Unfortunately, many people are so shaken after a crash that they may not realize they have suffered head trauma, allowing the condition to worsen in the hours after the accident. Our attorneys explore the common causes of these injuries and why they are likely to happen after a crash, giving victims the information they need to prevent further injury.

Brain Injuries That May Occur as a Result of a Crash

The most common form of traumatic brain injury in a car accident is a concussion. Although many concussions heal without permanent damage, they can be more hazardous to children and victims who have suffered from concussions in the past. In most cases, concussions will resolve on their own with rest, but it is always a good idea to see a doctor even in mild cases.

Car accidents are especially likely to result in:

Always Seek Medical Treatment After Hitting Your Head in a Crash

After an accident, many people simply want to return home and put the incident behind them. Any confusion, irritability, or dizziness they are experiencing may simply be the shock of the crash—or it could be the initial symptoms of a brain injury.

Even if you don’t think you are hurt, it is vital that you see a doctor after an accident in order to:

If someone in your family has suffered a severe head injury, our attorneys can listen to the details of your case and discover who may be liable—and we do not collect anything from you until after your case is won. Simply fill out the short contact form on this page or request a free copy of our book, The 10 Worst Mistakes You Can Make With Your Tennessee Injury Case.