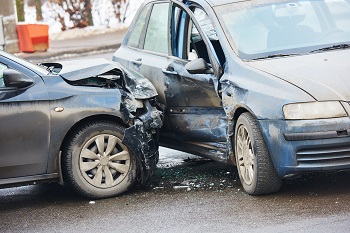 Each road, side street, and highway in Tennessee poses a risk for certain kinds of crashes, and intersections are particularly deadly. As drivers approach an intersection, they may be struck by a speeding vehicle on their left or right side, injuring or killing the car’s occupants. According to the Insurance Institute for Highway Safety (IIHS), 3,933 people were killed in side-impact collisions in 2016, with one out of every three fatalities occurring as a result of a t-bone crash. Drivers should be aware of the causes of these crashes, as well as how to get proper compensation from a negligent driver.

A side-impact collision occurs when the front of one car strikes the side of another at a right angle. These crashes are also called t-bone accidents (since the two vehicles form a T shape) or broadside crashes, and they are most likely to occur at intersections, in parking lots, and at entrances and exits from public areas.

Side-impact crashes are usually a result of one or more of the following factors:

T-Bone Collisions Are a Leading Cause of Crash Injuries

Side-impact crashes are second only to head-on collisions in the number of car accident injuries they cause, for a variety of reasons. Firstly, the impact causes the occupants of the impacted vehicle to be thrown sideways, potentially forcing their heads into the car’s windows and doors. The sides of a vehicle are not as well-equipped to absorb the force as the front and back, and may not have airbags or structural supports to prevent harm to passengers.

Another reason broadside crashes cause severe injuries is that the impacted vehicles are often pushed off the road or forced into a second collision with another vehicle. The force of the crash may spin the striking vehicle into the path of oncoming traffic, or force the car off the road and into a stationary object. Finally, the force of impact can cause the broadsided vehicle to roll over, placing the occupants at risk of head trauma, broken bones, and internal injuries.

Victims in side-impact collisions can suffer a variety of injuries, including:

If you have been involved in a broadside collision, the attorneys at GriffithLaw can advise you on your legal options at no cost to you. In addition, our legal fees are paid with a portion of the settlement we secure for you, so you will not owe our firm anything until your case is resolved. Simply fill out the short contact form on this page to begin your car accident consultation, or request a free copy of our book, The 10 Worst Mistakes You Can Make With Your Tennessee Injury Case.