Common Causes of Car Accidents During Christmas and the New Year 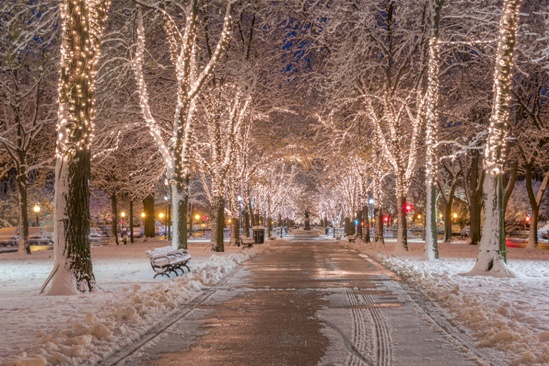 The end-of-the-year holidays should be full of happiness, friends, and family. Unfortunately, the days leading up to these holidays are often filled with stress and chaos—making this period one of the most dangerous times of year on U.S. roads.

According to the National Safety Council, the three days surrounding Christmas typically see an average of 343 traffic fatalities each year, while an average of 373 people are killed over the three-day New Year holiday. Our car accident attorneys sincerely want you to stay as safe as possible before and after your celebrations, so we have identified the most common causes of these crashes.

Why Car Accidents Are More Likely Over the Winter Holidays

Data from the National Highway Traffic Safety Administration (NHTSA) indicate that the vast majority of these crashes are preventable. Up to 94 percent of traffic accidents are caused by avoidable human errors, which are more likely to happen over the holidays due to:

If you have been injured in a car crash, you should know that the odds of getting fair compensation are stacked against you. Victims often have to fight with insurance companies to get paid for their medical bills, property damage, lost income, and other injury costs—all at a time when they should be resting and recovering.

Our law firm offers free, no-obligation consultations with a proven personal injury attorney to all victims of serious injuries across Tennessee. To learn more about getting compensation after a car wreck, simply fill out our quick contact form or read through our Free Guide to Getting Your Doctor Bills Paid After a Car Crash.