Who's at Fault in a Car Crash With a Farm Vehicle? 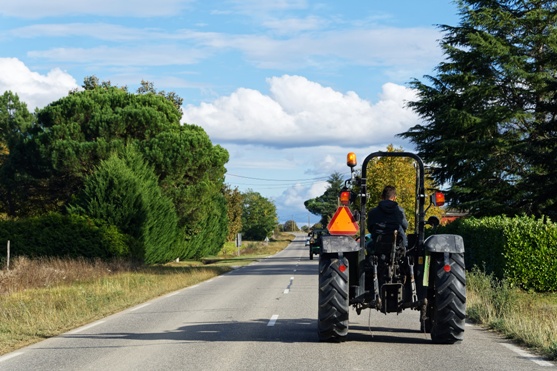 We've all experienced the frustration of being stuck behind a slow-moving vehicle. In most cases, we're able to slow down, wait until we can pass, and get on with our day. However, anyone who has ever driven on a country road in summertime knows that it's only a matter of time before have to travel at a snail's pace due to farm vehicles on the road.

Causes of Collisions Between Farm Equipment and Motor Vehicles

Tractors, harvesters, utility vehicles, and motorized seeding or fertilizing equipment are all vital machines in a farmer's fleet. While many of these vehicles are road-legal, they are designed to operate efficiently in the field, not on public roadways. Tennessee farm workers may have to travel several miles between fields, increasing the risks of a collision with reckless or impatient drivers behind them.

Car accidents with farm equipment can happen in many ways, including:

Getting Compensation After a Farm Vehicle Crash

Depending on the size of the farm vehicle, these accidents can be catastrophic for either driver. A collision between a car and a combine harvester could be fatal to a driver but may result in only minor property damage for the farmer. On the other hand, the farmer may be thrown from the vehicle when a small tractor collides with an SUV.

If you have been injured in this type of crash, you could collect a wide variety of damages for your losses and suffering. The legal team at GriffithLaw would be honored to listen to your story and explain your legal options to you free of charge. Simply fill out the short contact form on this page or give us a call at (615) 807-7900 to learn more.