Many Aviation Accidents Are the Result of Miscommunication 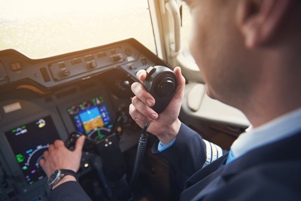 It may seem ridiculous, but many aviation injuries occur simply because airline staff members cannot work together. While this includes conflicts between flight crew members, it can also be a disconnect between those in the air and workers on the ground. Pilots receive most of their instructions through auditory communication from air traffic controllers, and these verbal messages can be forgotten, misinterpreted, or even never heard at all.

According to one study, communication failures have contributed to the deaths of more than 2,000 people in plane crashes since the mid-1970s. While airlines are responsible for ensuring that their pilots and crews are adequately trained, many have made simple mistakes that can lead to passenger injuries.

An experienced aviation accident attorney can determine whether your injury was caused by:

If you or someone you love has been injured in an airplane accident, it is vital to speak to an attorney to determine who may be held liable. At GriffithLaw, we can advise you on your options and get you the compensation you need for an airline injury—and we do not collect any legal fees unless we recover for you. Simply fill out the short contact form on this page to set up your no-cost injury consultation, or learn more about your rights in our free guide, The 10 Worst Mistakes You Can Make With Your Tennessee Injury Case.