Why are teen drivers more likely to cause car crashes than other age groups? 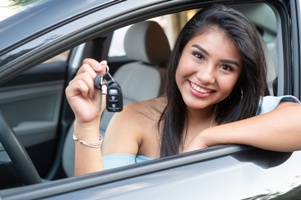 All parents want to keep children safe in car accidents, even if the child is the one who is driving. Unfortunately, car accidents are the leading cause of death for teenagers in the U.S., and teenage drivers have some of the highest accident ratings of any age group.

Teen Driver Behaviors That Put All Road Users at Risk

According to the Centers for Disease Control and Prevention (CDC), 2,333 teenagers in the United States between the ages of 16 and 19 died in 2015, and 221,313 were treated in emergency departments for car accident injuries the previous year. On average, six teenagers die every day as a result of crashes, whether they are behind the wheel or riding as a passenger.

Research from the CDC points to a few key reasons teen drivers are likely to be involved in car accidents:

If you have questions after being injured in an accident, the attorneys at GriffithLaw will listen to your story and explain your rights in your free case evaluation. Fill out the quick contact form on this page to get started, or order a free copy of our book, The 10 Worst Mistakes You Can Make With Your Tennessee Injury Case.