What can I expect during car accident mediation with an insurer?

Mediation is a common method used to settle personal injury disputes. It allows people from both sides of the claim to make a case to a neutral third party, who listens and makes a recommendation on the settlement. If both sides agree, the claim can be settled without the need to go to court. If the parties do not agree to a solution in mediation, the case will go to court and the solution will be decided in a personal injury trial. 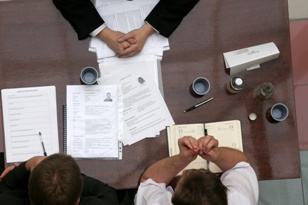 Mediation is not mandatory, but is a voluntary process that can help your case reach a settlement more quickly and less expensively. It is often most beneficial to parties who agree on the basic need for the claim, but are in disagreement about the exact amounts that should be paid. If negotiations with an insurer in your injury claim have reached a stalemate, mediation can allow you to show the extent of your losses, giving the insurer an opportunity to raise the amount without being forced to by a judge. We answer some common questions here:

Insurers have a dedicated team of lawyers to fight and defeat injury claims, and having your own attorney by your side is the best way to protect your right to receive a fair financial award. If you suffered an injury that makes it impossible for you to live your life, you should seek the advice of an experienced attorney as soon as possible. At GriffithLaw, we can listen to your concerns and tell you what your next steps should be in your free evaluation of your case. Contact our skilled legal team today or order a free copy of our book, The 10 Worst Mistakes You Can Make With Your Tennessee Injury Case.