What are common insurance defenses in a playground injury case? 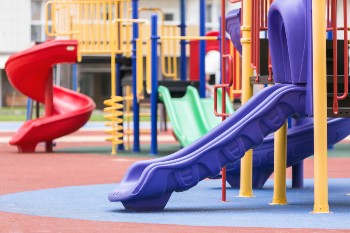 When a child is injured on a playground in Tennessee, there are a number of different defenses that an insurance company may use for the case. The injured child's parents may file a premises liability claim against the playground owner. The playground owner’s insurance company will then try to use one of several common defenses to avoid their client from being held liable for the child’s injuries. Our premise liability lawyers explain some of the most common defenses used in playground injury cases and how likely they will succeed.

Defenses to a Playground Injury in Tennessee

Premises liability cases can often be complicated. The law in Tennessee allows those hurt due to unsafe premises to pursue financial compensation from the at-fault property owner. To do this, they must first prove that the injury resulted from an unsafe condition that the property owner had a legal responsibility to maintain safely. For playground injury cases, this is often the parent or legal guardian of the child’s responsibility to prove. In addition, it must be proved that the owner or property manager knew or should have known about the safety issue on the playground and that they failed to address the issue promptly, so the accident occurred.

The playground owner’s insurance company may argue any of the following defenses so that they can place blame on the adult responsible for the child at the playground.

In Tennessee, the defense of contributory negligence can be used to completely bar an injured person from recovering any damages if it can be shown that the injured person was even 1% at fault for their injuries. For example, suppose an injury occurs because a child was not using the playground equipment correctly. In that case, the defense of contributory negligence could be used to argue that the adult watching the child is partially at fault for the child’s injuries due to their own negligence and, therefore, not entitled to recover any damages from the playground owner.

Another defense that can be used in a playground injury case is the assumption of risk. This defense applies when the parents or guardian of the injured child knew or should have known of the risks involved in using the playground equipment and still chose to use it anyway. For example, if there are posted warnings about unsafe conditions on the playground equipment, the defense of assumption of risk could be used to argue that the injured person knew or should have known about the risks and still chose to allow their child to use the equipment.

In some cases, the condition that caused an injury may be so open and obvious that it cannot reasonably be considered dangerous. The adult watching the child on the playground had a duty of care to avoid any obvious dangers and protect the child from harm. For example, if a child is injured after tripping over a rock or another obstacle on a playground, the condition that caused the injury would likely be considered open and obvious and, therefore, not considered dangerous. In such a case, the court would likely find that the playground owner owed no duty to remove or warn about the rock.

How an Attorney Can Help

Victims of playground accidents may suffer injuries that affect the rest of their lives. Amputation injuries are one type that can result in life-altering consequences. Playground injuries may require the child to endure ongoing medical care and treatment. An experienced attorney can help prove the playground accident case and recover damages such as:

If your child suffered injuries due to a playground accident, contact GriffithLaw today. To schedule a no-obligation consultation with our experienced lawyers, contact us online or call us at 615-807-7900. We work on a contingency fee basis, so you are not required to pay any upfront costs to pursue a claim. We charge no fee if there is no recovery.